Three-year rollout plan for the nbn 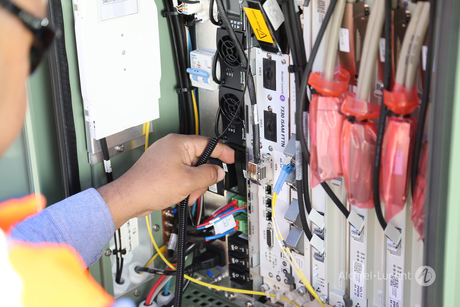 The nbn has commenced a three-year plan that aims to commence construction at 7.5 million homes and businesses across Australia by September 2018.

As part of the plan, nbn has published a detailed rollout sequence that for the first time includes metropolitan areas where existing hybrid fibre coaxial (HFC) cable networks will be integrated into the nbn.

By this time, Tasmania is expected to meanwhile become the first state to be fully connected to the nbn.

Announcing the new three-year plan, Communications Minister Mitch Fifield said more than 1.3 million homes and businesses are now able to order a broadband service over the nbn. Construction is underway at nearly 700,000 premises. This will mean if the targets are met construction will be underway or complete at 9.5 million premises by September 2018.

Internet Australia Chair George Fong commented that the plan will “allow local councils to better develop economic and social strategies around broadband infrastructure. It’s as much about reach as speed,” he said.

“Both are critical to the sustainability of regional and rural communities. Digital natives, as opposed to us (older) digital immigrants, make decisions about where they want to live and work based on accessibility to the internet.”

The industry body’s CEO Laurie Patton meanwhile welcomed the release of the new three-year plan, stating that it will give the market and end users greater certainty.

“Our members have genuine concerns about the viability of the ageing copper network which should not be ignored, but whatever technology is used, we need to make sure the rollout is undertaken as quickly and efficiently as possible,” he said.

In light of the announcement, Internet Australia renewed its call for the government and opposition to hold a bipartisan Digital Future Forum to create a mutually agreed upon national strategy for ensuring Australia can compete in the global digital economy.

“The internet is not just about our economic future, however, it provides a powerful platform for social good. This includes improved delivery of health services, especially in regional and remote areas, and opportunities for innovation in the field of education,” Patton said.

But at the CommsDay Melbourne Congress on Wednesday, Shadow Communications Minister Jason Clare was sharply critical of the direction Prime Minister Malcolm Turnbull took nbn in during his tenure as the communications minister.

He said the multitechnology mix (MTM) model — involving using a mixture of technologies including fibre to the premise (FTTP), fibre to the node (FTTN), HFC and fixed wireless — has introduced numerous complications to the rollout, with the FTTN rollout lagging behind schedule and the Coalition’s estimated costs for the rollout blowing up.

“This is the real MTM — Malcolm Turnbull’s Mess. Massively over budget, behind schedule, a raft of broken promises, an unrealistic rollout plan that doesn’t ramp up until after another election and dodgy copper that needs to be fixed or is being replaced with more copper,” he said.

“NBN has also recently revealed that they are about to trial G.Fast in the lab. I think it is likely that sometime between now and the next election the new minister will announce that nbn will be rolling out fibre to the curb — using G.Fast. And when he does this, remember this — this won’t be evidence of ‘agility’ or ‘innovation’ or ‘technology agnosticism’, it will be evidence that Labor was right and Malcolm Turnbull was wrong. Or as nbn Director Simon Hackett once more crudely put it — that ‘FTTN sucks’.”