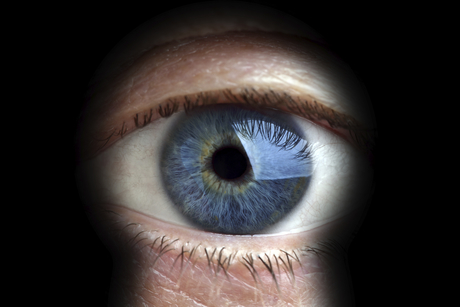 It’s been a mixed bag for Vodafone Australia in the last seven days, with the telco facing both good and bad news.

Late last week, Vodafone announced that it would relocate 750 positions from its Mumbai-based call centre to Tasmania, using funding from both the Australian federal and Tasmanian governments.

The telco will create the Tasmanian jobs over the next year, at a rate of up to 70 per month. This will more than double the existing staff at the Tasmanian facility, which currently employs about 680 people.

The feds are feeding $4 million to Vodafone to help with the transition, while the Tasmanian government is kicking in $850,000 for infrastructure costs and waiving payroll for the new employees.

Speaking about the funding, Prime Minister Julia Gillard said: “Australians do want to be talking to someone who recognises their problems and issues, someone in Australia who can help them through their problems.

“Vodafone obviously recognise that it wasn’t the right service for its customers to have these jobs offshore,” she said.

The move should act as something of a PR win for Vodafone, which for years in Australia has faced public derision focused on the company’s poorly performing mobile network.

The firm first floated the possibility of a class action in December 2010, following the severe connectivity problems many customers had experienced earlier that year.

Early last week, Piper Alderman said it was on the verge of launching the lawsuit, after it had spent two years investigating Vodafone customers’ claims of poor service from the telco.

The firm is encouraging users to join the class action, via its website.

Vodafone somewhat haughtily replied to the news of the impending class action by saying, “Vodafone is aware that a law firm which is known for promoting class actions has repeated longstanding plans to proceed with action against us,” but that it had not heard directly from the law firm regarding the matter.

Piper Alderman is reportedly seeking tens of millions of dollars in damages in the suit.

On Monday the firm said that it would not officially instigate proceedings for three months.

But on Tuesday it was reported that the firm is waiting to reach a critical mass of participants before it actually launches the class action. The firm has not revealed exactly how many participants it needs. On Monday it claimed that so far 23,000 people have signed up - but it later said it had no formal registrations due to a change in its sign-up process.

But telecommunications consumer group ACCAN has urged those affected by Vodafone’s network failures in 2010 and 2011 to avoid the class action, suggesting they instead contact the Telecommunications Industry Ombudsman (TIO).

ACCAN spokesperson Elise Davidson said in a statement that Vodafone had already compensated some customers and that more than a million customers had “voted with their feet and left Vodafone altogether”.

“This class action is going to take a long time to play out and there are no guarantees for consumers that they will receive compensation if it goes to court - our fears are that this will turn into a lawyer’s picnic,” she said.

“It would be a better outcome for consumers if VHA (Vodafone Hutchison Australia) was able to invest the money it will spend defending this class action into further improving its network, which would result in a better service for its customers,” she said.

ACCAN said that if VHA pulled out of the Australian market, the country would be left with a “network duopoly - Telstra and Optus”.

“We don’t think this will be a good outcome for Australian consumers. Vodafone have always provided strong competition in the mobile market and we need them to continue to do so,” Davidson said.

The Joint Committee on the National Broadband Network (JCNBN) last week released its fourth review of the rollout of the NBN.

In the forward to the report, the committee chair, Independent MP Rob Oakeshott, said the election campaigns of both Labor and the Coalition were close to compromising the integrity of the committee’s oversight work.

He praised the staff of the Secretariat of the JCNBN, whom, he said, were at times “unfairly caught in the middle of party politics”.

“They managed this with great skill and dexterity, and the fact a report of any kind has been able to be produced is a direct credit to these individuals,” he said.

“I am not confident that the focus of the committee is an oversight of an existing build under the existing Shareholder Ministers arrangements. Instead, I think the committee has become somewhat stuck on a policy dispute between different build options and will only deepen divisions on this in the pre-election period,” he said.

“There is every chance the next [JCNBN rollout review] will be nothing more than a compendium of political statements and election promises. If this is all we can produce, I could write it now, and it makes the entire committee process worthless and a waste of time for all involved,” he said.