We need a better NBN discussion 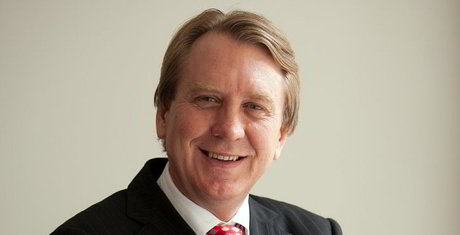 You might have noticed during the recent federal election campaign that we hardly heard a word about innovation, much less the national broadband network. I’m guessing that private polling by the major political parties highlighted the NBN as a ‘hot button issue’ best avoided. Likewise, our mainstream media has largely become disenchanted with the subject, possibly because it is increasingly difficult for them to separate fact from opinion.

Instead of focusing on the most appropriate technology and how we build a futureproofed broadband service for the whole country, the debate has too often been kidnapped by ideologues.

Personally, I’m tired of people claiming that calling out flaws in the current NBN strategy amounts to an attack on the organisation building it, or to adopting a partisan political stance. It doesn’t. We need expert organisations and individuals to speak up and provide facts-based advice so that we can return to a more enlightened, preferably bipartisan, discourse.

A recent Essential poll found that 88% of Australians see the internet becoming an essential service, like water and electricity, yet only 22% think that the current NBN model will meet our future needs. The latest Ipsos broadband survey ranked Australia at the bottom of the global pile when it comes to consumer satisfaction. Of 26 comparable countries, we were 23rd in terms of dissatisfaction.

To me this suggests there is a greater-than-ever need to review our broadband strategy. There is obviously a problem if even the general public with limited technical knowledge can discern that something is not quite right.

I have some sympathy for our current prime minister, who, when he was communications minister, was reportedly told to kill off the NBN. Fortunately, Mr Turnbull only placed it on ‘life support’. The result was the so-called multitechnology mix model relying on ageing copper wires and 25-year-old Pay TV cables — a short-term fix at best. My view is that we will need to rebuild much of the NBN within 10 to 15 years’ time, perhaps sooner, if we continue with the current rollout. This has not been factored into the long-term NBN financials.

There are rumours of a return to a more fibre-based proposition, perhaps deploying fibre to the driveway (FTTdp) in place of the problematic copper FTTN. The government has already conceded that Optus’ HFC network is unusable, which is something that was widely predicted in tech circles of course. Communications Minister Mitch Fifield has committed to a review of NBN wholesale pricing in the face of criticism from the industry and amid suggestions that the current regime is stalling customer take-up.

The NBN is our biggest single nation-building infrastructure project since the construction of the Snowy Mountains Hydro-Electric Scheme. Whereas the ‘Snowy’ was primarily of benefit to people in NSW and Victoria, providing universal broadband access will dramatically improve the lives of all Australians.

Focusing short term on construction costs ignores wider returns on investment through the economy and to the social fabric of Australia, including greater productivity, better education and health outcomes, and the increased viability of both metropolitan and non-metropolitan areas as sustainable places to live and work. It’s time we opted for #BetterBroadband before it is too late.

The author’s views expressed here are not necessarily those of Internet Australia.