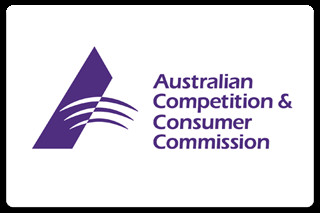 The Australian Competition and Consumer Commission (ACCC) will monitor the performance of broadband services delivered over the NBN to help consumers make more informed choices when selecting a provider.

The federal government will provide $7 million over four years to fund a broadband performance monitoring program based on data from around 4000 volunteer customers using a dedicated device installed on home internet connections.

Details collected under the program will be publicly available to allow consumers to compare speeds delivered in peak periods using independently collected information.

While the program will focus on NBN speeds, the ACCC said a “small number” of households connected to alternative high-speed broadband services will be included to provide a broader view of the state of broadband performance in Australia.

Minister for Communications Mitch Fifield said the program will help consumers select plans that are right for them while encouraging competition among retail service providers. He said the program is modelled on similar schemes in the US and UK.

Communications Alliance CEO John Stanton said that while the ACCC has not yet decided how many service providers will be included in the monitoring regime, the regulator has previously indicated that it could be limited to the five largest providers.

But he said this has left smaller ISPs concerned that it could have an anti-competitive impact.

“Smaller ISPs are worried that being out of the limelight of the published results will cost them customers and damage their businesses,” he said. “The regulator, which exists to promote competition, needs to ensure that it does not engineer the opposite outcome.”

Stanton noted that this presents a dilemma for the ACCC.

“It can include more ISPs but at the expense of sample sizes and therefore also at the expense of the accuracy and reliability of the published data. Or it can restrict the number of ISPs and risk hurting the smaller players in the market. Or it can blow out the costs of its regime and pile further expense on to consumers.”

He said the telecommunications industry believes that further consultation about the implementation of the regime is vital, but the ACCC has so far made no mention of these plans. The Communications Alliance has expressed concern that the proposed methodology would not produce results that represent the typical service performance experienced by consumers.

But Stanton did welcome the decision to focus monitoring on next-generation broadband services, rather than ageing legacy technologies such as ADSL.