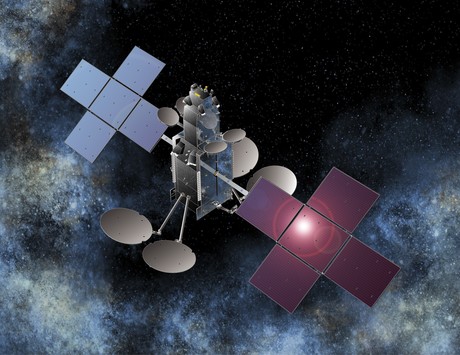 nbn co CEO Bill Morrow is misleading the public with his statements about the nbn's satellite services according to the company's former CTO, Gary McLaren.

In a blog post, McLaren quoted recent comments by Morrow asserting that nbn co has made the decision to repurpose the nbn’s second satellite to provide extra capacity, rather than acting as a dormant backup.

“Late last year we made the decision to repurpose our second satellite, previously slated as a dormant backup service, to actively share the load in delivering more data to customers on the Sky Muster service,” Morrow said in a recent statement announcing the expansion of capacity of the satellite component of the network.

This was not the first time Morrow has claimed that the company has deviated from the original plan with a decision to repurpose the satellite. But McLaren said it was always nbn co’s plan to use both satellites to provide services to remote Australians.

“These statements imply that the original nbn plan involved spending a substantial amount of taxpayers’ money as insurance only for a catastrophic failure of the first satellite and that the current nbn team has just worked out that the second satellite can be put to good use,” McLaren said.

The fact that nbn was planning as early as May to ensure it has two separate orbital slots for the two satellites is evidence that this was not the case, McLaren said. He noted that if the second satellite was intended as a backup it would make more sense to have a single orbital slot.

“If the active satellite failed then the backup would have been in the right position to take over operations. Importantly, all of the operating satellite dishes installed on rooftops around Australia would not have to be repointed to a different location in the sky,” he said.

“But with two satellites in two separate orbital slots, nbn co would be able to use both satellites to deliver services in a load-sharing configuration.”

McLaren pointed to additional evidence including nbn’s 2011–2015 Corporate Plan, which clearly states that two satellites will be launched to meet the requirement of serving 200,000 users, and a reports commissioned by nbn in 2014 and 2016 that both confirm the need for two satellites to meet the nbn’s objectives.

He added that the nbn co satellite program has always been controversial, drawing criticism from private satellite operators and the political opposition.

“Despite all these distractions, the nbn co satellites have been launched successfully and are delivering what was always intended from two load-sharing satellites,” McLaren said.

“Let’s hope nbn co are not continuing to play these political games by making misleading statements of the original purpose, designs and plans for nbn co’s two Sky Muster satellites to be used to deliver broadband to remotely located Australians.”

Morrow’s original comments came in an nbn announcement at the end of June that the company is increasing the average peak bandwidth allocation of nbn satellite services by up to 50% and doubling the maximum plan allocations that retail service providers can offer.

Previously retail service providers were limited to providing an average peak time data usage of 30 GB per customer per month, and a maximum allocation per plan of 150 GB (75 GB on-peak and 75 GB off-peak) per month.

With the changes, service providers are now able to offer a maximum of 300 GB (150 GB in peak times and 150 GB in off-peak times) per month, and average allocations per plan have been raised to 45 GB.