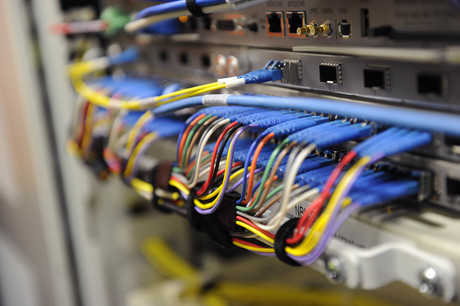 The nbn is losing money from each connection and may not be able to recover costs without protection from competition by fast mobile broadband services, according to nbn CEO Bill Morrow.

In an interview with Fairfax Media, Morrow said the company collects an average of $43 per month for each retail service provider’s connection, well below the $52 needed to cover costs.

He said nbn co is betting that future applications will require higher bandwidth or more data, incentivising customers to seek higher speeds and retail service providers to pay more for wholesale nbn services as a result. If this doesn’t happen, he said, “we’ve got a problem”.

Morrow also said that even current-generation 4G networks are viable competitive alternatives to nbn connections, and when 5G arrives in around 2020 mobile will have even more of an edge.

As a result, Morrow said the soon-to-be introduced $7 levy on fixed-line nbn competitors may need to be extended to mobile services.

Prime Minister Malcolm Turnbull today ruled out a levy on mobile services, noting that mobile is not in a position to deliver the volumes of data consumed by the typical nbn household.

But Morrow said either regulation such as the mobile broadband levy will need to be introduced to protect the nbn’s current operating model or the government will need to realise that the nbn won’t have the finances expected and will likely require additional funding.

Even with additional protection from competition, Morrow also said it is still too early to speculate whether the nbn will ever make the profit expected of it.

Separately, nbn co has announced it has activated its first fibre to the curb (FTTC) connection as part of its ongoing trials of the new last-mile technology.

The connection in the Melbourne suburb of Coburg has achieved downlink speeds of 109 Mbps and uplink speeds of 44 Mbps using VDSL technology over an existing 70-metre copper line.

FTTC, or fibre to the driveway, delivers fibre to a distribution pit unit on the property boundary, using existing copper lines and copper acceleration technology to connect the building to this unit.

Morrow said nbn co expects to serve an initial 1 million premises with FTTC and estimates the technology will cost around $2900 per premises to deliver compared to $4400 for FTTP.

“We believe FTTC will become another vital tool in the mix of technologies we’re using to deliver the nbn access network. Our huge country makes deploying the nbn network extraordinarily complex so having flexibility in terms of the technology we deploy in the field is incredibly important,” he said.

“Being able to choose the right technology for each area helps us deliver the project on time and on budget. Reducing the cost of the network by bringing on board new technologies like FTTC is crucial because the more money that we spend on the network, the more Australians will have to pay for their broadband.”