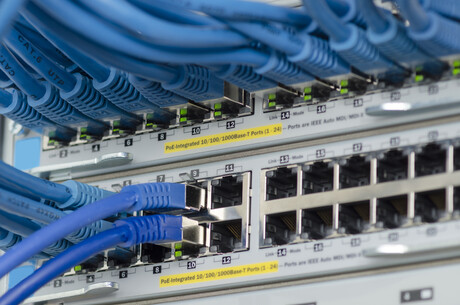 Security researchers have discovered 19 critical vulnerabilities in a little known software library that is nevertheless used in hundreds of millions of connected devices, including some that could allow for remote code execution.

"In all scenarios, an attacker can gain complete control over the targeted device remotely, with no user interaction required," the report states.

The code is used in a wide range of IoT devices, from medical devices to office printers and aviation systems. Devices are also in use in power grids, oil and gas platforms, transport networks and even in government.

"The risks inherent in this situation are high. Just a few examples: data could be stolen off of a printer, an infusion pump behaviour changed, or industrial control devices could be made to malfunction," JSOF said in its report.

"An attacker could hide malicious code within embedded devices for years. One of the vulnerabilities could enable entry from outside into the network boundaries; and this is only a small taste of the potential risks."

JSOF named the vulnerabilities Ripple20 because of the wide range of devices that are potentially vulnerable. The company said widespread dissemination of the vulnerable software library was a natural consequence of the supply chain “ripple-effect”, whereby a single vulnerable component can ripple outward to impact a wide range of industries, applications, companies and people.

But Tenable Research Engineering Manager Scott Caveza said the vulnerabilities in potentially billions of devices may never be fully addressed.

"Since these vulnerabilities exist in a low-level TCP/IP stack used by dozens of vendors and devices, it's difficult to determine how many vendors will acknowledge, let alone release patches for affected devices," he said.

"Adding to the difficulty, many of these are IoT/SCADA devices, which may be difficult to patch or upgrade. At the time the report was released, eight vendors were confirmed to be affected, five were listed as not affected and an overwhelming 66 are still pending."

Caveza said the incident highlights a security concern that is too often overlooked — vendors re-using and repurposing common software libraries.

"This practice creates challenges when it comes to identifying and patching logic and security issues in code, as it becomes a vendor-specific issue," he said.

"A fix for one vulnerability might have multiple solutions from various vendors, and it's possible specific patch attempts could open up additional attack vectors if not properly implemented."