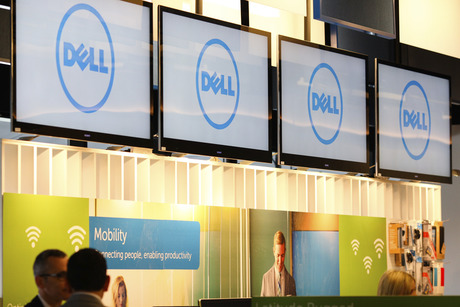 Dell has used its Dell User Forum event in Sydney to announce new product launches and initiatives, including an expansion of its data centre strategies for Australia and New Zealand.

The company revealed it is adding two Australian data centre locations in Sydney and Melbourne, through an arrangement with Digital Realty. Dell already operates data centres in Canberra and Brisbane.

Announcing the deal, Dell said its collaboration with Digital Realty will allow give it the flexibility to scale its cloud operations up and down as required. Dell provides supporting services to its data centre customers including hosting and managed services, app development and managed security services.

Dell is also expanding its Dell Cloud Partner Program to include 6YS, adding more infrastructure, software, communications, disaster recovery and managed backup as a service offerings to the portfolio.

The communications-as-a-service products will give customers a choice of 17 network operators including Telstra, Optus, AAPT, TPG and NBN Co. Dell’s offering supports video- and voice-conferencing, business telephony and mobile services.

The offerings comprise Dell hardware and software from Dell and its open ecosystem partners.

NFV involves virtualising networks by processing tasks traditionally performed by dedicated hardware using software. The telecom sector aims to use NFV to simplify and accelerate the activation of new services.

Dell’s new NFV platform uses server, storage, networking and software technologies from Dell as well as software from partners. The company said its platform is 100% open and standard. Dell has been a key contributor to standardisation efforts for NFV.

To help facilitate the introduction of trials and early adoption of NFV, Dell is introducing two starter kits - smaller footprint NFV platform implementations. The kits will be made available in the current quarter.

“NFV has the full attention of the telecom industry. Although others don’t offer such openness, Dell’s open approach matches what the service providers want,” Infonetics co-founder and Principal Analyst Michael Howard said.

In the security arena, Dell introduced its SuperMassive 9800 series of firewalls. The company is billing the firewalls as the highest-performing deep-packet inspection (DPI) firewall on the market.

Targeted at mid-size and enterprise organisations, the firewalls are capable of up to 20 Gbps of DPI performance by using Dell’s patented reassembly-free DPI technology. The firewall supports millions of simultaneous connections at near-zero latency, the vendor said.

“The recent disclosures of the ShellShock and HeartBleed industry-wide vulnerabilities demonstrate that organisations are literally a few well-formed packets away from infrastructure disaster, proving the need for instant and automated security scaled to meet the needs of the network,” Dell Security Executive Director Patrick Sweeney commented.

“The feature set of the SuperMassive 9800 provides the unique opportunity to leverage the security solution as a competitive advantage.”

Finally, Dell used the event to announce that humanitarian group International Relief and Development (IRD) has saved $1 million in operational costs by making use of its firewall technologies.

The group is using Dell firewalls to protect 3000 users in 47 countries, covering hundreds of millions of dollars of aid funds flowing through the organisations. IRD has implemented a multiphased security approach incorporating Dell’s TZ and SonicWALL NSA series firewalls.

“Maintaining a highly secure environment is vital to allowing our humanitarian work to continue. We have worked to build a system that is both resilient and redundant,” IRD Global IT Director Mladen Basaric said.