Security, IoT, cloud to be top tech trends in 2015 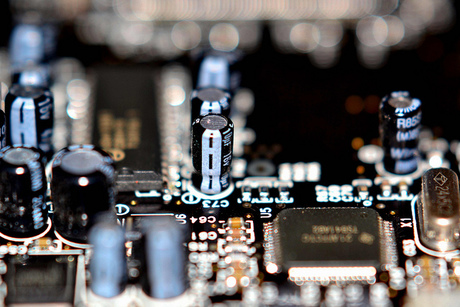 Targeted attacks and other advanced cyberthreats, developments in the Internet of Things and the evolution of cloud and big data technologies will be the trends that dominate the IT landscape next year, according to various predictions.

Trend Micro expects 2015 to be the year that targeted attacks will come of age, proliferating around the globe. The firm is predicting that targeted attack campaigns will continue to multiply in 2015, to the extent that they become as prevalent as cybercrime.

This will be a global phenomenon, with hackers in countries such as Vietnam, the UK, and India starting to make use of the tactic, as attacks continue to spread to non-traditional countries. Already in 2014 there have been attacks discovered in Malaysia and Indonesia, Trend Micro said.

In 2015, more cybercriminals are expected to take to darknets and exclusive-access forums to share and sell crimeware, while the crimeware available will become increasingly sophisticated and effective. Trend Micro expects exploit kits to emerge targeting the Android mobile OS, while new emerging mobile payment methods will introduce new threats.

Trend Micro Australia and New Zealand Director Consumer Tim Falinski also warned to expect an influx of attacks targeting connected devices such as appliances, TVs and IoT objects. “Smart homes and home automation will continue to proliferate across the globe, further increasing all our attack surfaces,” he said. “As such, smart device manufacturers must consider how to secure the data that resides in these devices, not just the devices themselves.”

Kaspersky Lab is meanwhile predicting that attacks on the financial sector will move beyond targeting just the users of banking services to take aim at banks themselves. The company is warning to expect attacks on virtual payment systems - including potentially Apple Pay - on ATMs still running the antiquated Windows XP and on banking computer networks themselves with the goal of initiating large cash transfers.

The firm has already uncovered one example of the latter attack type, in which an accountant’s computer was compromised and used to initiate a large transfer from a financial institution.

Besides attacks on the financial sector, Kaspersky Lab is predicting that 2015 will see in-the-wild attacks against networked printers and other connected devices, with the goal of penetrating corporate networks.

But while the IoT presents security complications, it is also a fast-growing segment poised to be transformational to many industries, according to Geoff Webb, NetIQ director for solution strategy. The IoT is moving faster than ever, he said, and it is poised to cause widespread changes to the technology sector.

“What we’re seeing is one part of the IoT building on others, and as each layer gets deployed, so it opens up more opportunities to create new smarter technologies,” he said. “The effect is shifting from additive to geometric, and we should expect to see this really accelerate next year.”

The result will be that businesses will have to adapt faster than they are planning to today. “Businesses that sell to consumers must use 2015 to plan their next generation of smart products - those that don’t will be outmanoeuvred and left behind by their competitors. Other businesses must begin to incorporate planning for the IoT world now - because there will be literally oceans of data to mine, new industries emerging and an entire new breed of demands placed on information technology.”

He predicted that over the next 12 months smart technologies including wearables, smart packaging and connected appliances will start to become commonplace. Sensors controlling smart cities will also see increasing take-up, he said.

Cloud computing is also expected to be a transformational technology in 2015, Rackspace General Manager for ANZ Angus Dorney said. He expects mobile commerce to take hold next year, presenting new opportunities for technology companies. This trend is likely to be particularly prevalent in APAC due to the region’s high mobile penetration.

The continuing rise of big data is expected to drive demand for experts. Rackspace expects that big data will create demand for 4.4 million specialists jobs worldwide in 2015, but for only a third of these to be filled.

The cloud and other disruptive technologies have allowed SMBs to take the reins from enterprises in terms of innovation, and Dorney expects this trend to continue. Finally, he expects IT support in relation to cloud computing to become a dominant discussion topic next year, with hundreds of IT professional services functions and organisations being created around the concept.

Image courtesy of kev-shine under CC