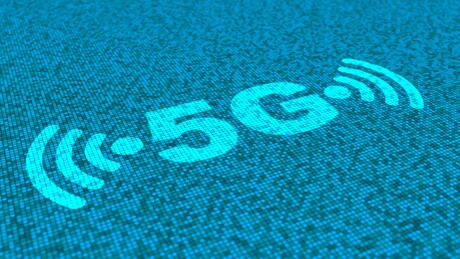 The UK Government has followed Australia in implementing a ban on the use of Huawei equipment in 5G networks — but the ban will only take full effect from 2027.

The Department for Digital, Culture, Media & Sport has announced that UK operators will be banned from purchasing any new 5G equipment from the Chinese vendor after the end of this year.

But operators will have until the end of 2027 to remove any existing Huawei equipment, including any equipment installed in the interim.

Speaking to the House of Commons, Digital, Culture, Media and Sport Secretary Oliver Dowden said by the time of the next UK election in 2024, the government plans to have implemented into law an “irreversible path for the complete removal of Huawei equipment from our 5G networks”.

Dowden acknowledged that the decision to ban the procurement of new 5G equipment is expected to delay the rollout of the nation’s 5G networks even further and add significantly to the expense.

The government had already estimated that its decision in January to ban Huawei from providing 5G equipment from the core but not the edge of 5G networks will cost up to £1 billion ($1.8 billion) and set back 5G rollouts by a year.

“Today’s decision to ban the procurement of new Huawei 5G equipment from the end of this year will delay rollout by a further year and will add up to half a billion to the costs,” he said.

“Requiring operators, in addition, to remove Huawei equipment from their 5G networks by 2027 will add hundreds of millions to the cost and further delay rollout. This means a cumulative delay to 5G rollout of two to three years and costs of up to £2 billion.”

“Clearly this decision has logistical and cost implications for communications providers in the UK market; however, we believe the timescales outlined will allow us to make these changes without impacting on the coverage or resilience of our existing networks,” BT CEO Philip Jansen said.

“It will also allow us to continue to rollout our 5G and full fibre networks without a significant impact on the timescales we’ve previously announced.”

But he said the decision has become necessary in light of the US Government implementing a ban on US companies providing components and tools Huawei relies on to manufacture its 5G chips.

The UK Government is implementing the ban on the advice of the National Cyber Security Centre (NCSC), which said these new US sanctions imposed in May are expected to have implications that affect its earlier decision that Huawei equipment can continue to be used in 5G edge networks.

The sanctions mean rather than breaking US law to continue to manufacture the chips, Huawei will have to switch chips in equipment designs to those not designed by Huawei, or Huawei or another company would have to develop tools and processes for manufacturing chips that don’t use any US technology.

Either option would come with significant challenges and are likely to affect the NCSC’s confidence in and ability to easily analyse Huawei products in the future, the agency said.

“Given the uncertainty [the situation] creates around Huawei’s supply chain, the UK can no longer be confident it will be able to guarantee the security of future Huawei 5G equipment affected by the change in the US foreign direct product rules,” the NCSC said in a statement.

The changed decision brings the UK more in line with the Australian Government’s decision in 2018 to exclude Huawei from all parts of 5G networks.

While at the time the government had asserted that its advice on the technical characteristics of 5G blur the distinctions between edge and core to the extent a core-level ban was not sufficient, the UK Government’s January decision contradicted that and held that there was an adequate distinction.

The US Federal Communications Commission has welcomed the decision. “I’m pleased to see our partners in the United Kingdom take action to address the security concerns they have identified with allowing equipment from Huawei into 5G networks,” FCC Chair Ajit Pai said.

“There is an overwhelming consensus that Huawei is in a position to exploit network vulnerabilities and compromise critical communications infrastructure for the benefit of the Chinese Communist Party. The United Kingdom has taken a necessary step to safeguard its national security as it builds out advanced networks.”

But Huawei has repeatedly denied any suggestion that it collects data from the networks of overseas customers on behalf of the Chinese Government.

The company has long maintained that bans by Australia, the US and UK are purely politically motivated, based on no evidence and unfairly single out the company despite the fact that many components of telecom networks — including many products from competing non-Chinese vendors — also use equipment that includes components manufactured in China.