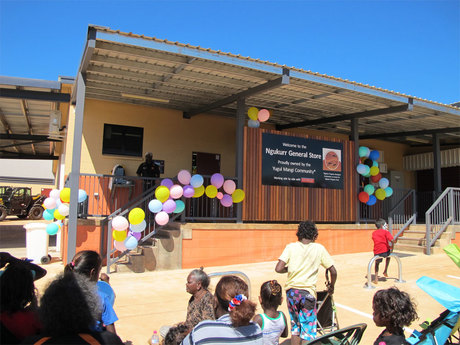 Outback Stores is a company that manages remote stores on behalf of Australian Indigenous communities in the Northern Territory, Western Australia and South Australia.

The company, a Government-owned enterprise with an independent board, ensures that Indigenous communities have access to constant and affordable food supplies including nutritious foods, fresh fruit and vegetables.

The harsh environments the company operates in take their toll on sensitive computer equipment. Communications links to sites are often unreliable. 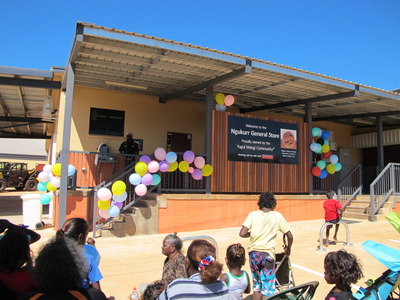 TTS Managing Director, Michael Feldbauer, said: “At the time, Outback Stores had no network but a variety of hardware. We knew that the majority of the sites would need to be connected via two-way satellite services as they were in very remote Australia.”

Network security was also an important consideration. As the network would be used to handle store and EFTPOS transactions along with corporate emails, it was essential that it could ensure data integrity. Plus, any computer funded by government has to be regularly audited to ensure the machine does not access pornography.

TTS designed a network that included deployment of WatchGuard Firebox X unified threat management (UTM) solutions at the stores and on the core router at Outback Stores' head office.

Deployment of the solution began with set-up of the core router, after which, new sites were brought online every two weeks.

“Engineers pre-configured the devices and shipped them to the site with the cablers and satellite service installers. They were then connected and the VPN [virtual private network] was established back to the main office,” Feldbauer said.

“Some sites were rained out for weeks and weeks at a time so, while we could send the equipment out, we couldn't physically get there to do the installation. All up it took about six months to complete the deployment.”

Today the network includes 27 sites connected via VPN. WatchGuard's WebBlocker and gateway anti-virus are used at each site while at head office fail-over functionality is used in conjunction with the high-availability mode router to ensure ongoing protection in the event of any system or service failure.

Over the past two years many Outback Stores sites have upgraded their satellite services to Telstra Next G. To maintain security, a WatchGuard 3G Extend Cradlepoint cellular broadband adaptor wirelessly connects the local Firebox devices to the 3G network and the internet.

The functionality of the solutions provided the chain with the desired network security, but it had the ability to grow with the number of sites added as well as eliminate the need for manual controls. Given the harsh and unpredictable environmental conditions of the remote outback, such functionalities were able to save time and allowed the stores to operate smoothly and comply with all Federal Government policies.

“These environments are very hard on equipment and the devices do not fail. The network is very stable and in two years there have been no intrusions or infections at any of the sites. They just work every day,” Feldbauer said.

Using WebBlocker, TTS and Outback Stores are able to centrally manage and prevent access to pornography, negating the need to physically travel to each site and conduct a manual audit. This translated into a significant saving of staff time. The central security management of the solution is also helpful.

“I can see all the devices in real time, constantly, without too much traffic overhead,” Feldbauer said.

And in the event a change is required to firmware, policy or configuration, it can be done quickly and easily from the one location.