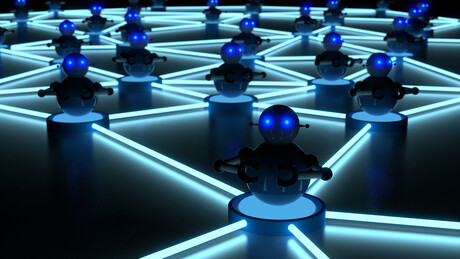 Global bot traffic has exploded to the extent that bots now make up nearly two-thirds of internet traffic, according to new research from Barracuda Networks.

The cloud-enabled security company said automatic bot traffic has grown rapidly over the past few years, and is now used for a variety of legitimate and less legitimate uses.

Good uses include search engine crawlers, social network bots, aggregator crawlers and monitoring bots. These bots obey the website owner’s rules as specified in the robots.txt file, publish methods of validating them as who they say they are, and work in a way to avoid overwhelming the websites and applications they visit.

But ‘bad bots’ — which account for around 40% of all internet traffic — do their best to avoid standard defences and perform malicious activities undetected. These bots include both basic web scrapers and attack scripts, as well as advanced persistent bots.

According to the research, bad bots are used for attacks such as web and price scraping, inventory hoarding, account takeover attacks and distributed denial of service attacks.

“While some bots like search engine crawlers are good, our research shows that over 60% of bots are dedicated to carrying out malicious activities at scale,” commented Nitzan Miron, VP of Product Management, Application Security at Barracuda.

“When left unchecked, these bad bots can steal data, affect site performance, and even lead to a breach. That’s why it’s critically important to detect and effectively block bot traffic.”