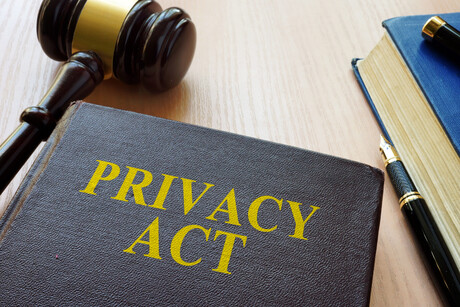 A range of consumer groups — including the Financial Rights Legal Centre, Consumer Action Law Centre and Financial Counselling Australia — have called for an overhaul of privacy laws to provide greater protections for consumers, to counterbalance the increased use and exploitation of big data by business and industry.

A joint submission by the consumer groups to the Attorney-General’s Department Privacy Act Review argues that substantial reform is needed to rebalance Australians’ right to privacy and to ensure the law keeps pace with future economic and technological change. Financial Rights Chief Executive Officer Karen Cox said the review of the Privacy Act 1988 is well overdue.

“Australians want a safe and secure data environment that puts their privacy ahead of the increasingly rapacious data desires of industry. Australians have had very little power to stop the trade, misuse and abuse of their personal information. The time to strengthen our right to privacy is now,” said Cox.

The joint submission describes how the rapid pace of technological change has led to a data-saturated economy and the development of business models centred on the harvesting of surplus behavioural data for predictive purposes. The calls collide with research released by the Consumer Policy Research Centre, which reveals that 94% of Australian consumers are uncomfortable with how their personal information is collected and shared online.

Additionally, 94% of consumers reported not reading all of the privacy policies or T&Cs that applied to them in the past 12 months; of the consumers who read privacy policies, 69% reported accepting terms even though they were uncomfortable with them, because it was the only way to access the product or service. 88% of consumers reportedly do not have a clear understanding of how their personal information is collected and shared.

Cox acknowledged that privacy agreements, privacy preferences, and terms and conditions are often complex and unclear, so consumers don’t know what they are consenting to. Cox said consumers should be free to decide how much or how little of their information they wish to share in exchange for the use of services.

“Yet declining to participate in data-driven technologies is increasingly not an option for many consumers. Services are offered on a ‘like it or lump it’ basis, meaning people have the choice to either fully participate in the modern economy or retain reasonable control of their personal data; you simply can’t do both,” said Cox.

“Australians expect a modern protection and enforcement regime that gives them more control and ultimately ensures that they receive fair treatment,” said Solomon.

Cox called for regulation to reflect the broad spectrum of data collection and use, from relatively benign to outright exploitation, with controls appropriate to the circumstance and clear prohibitions on more egregious practices.

“The concept of consent has been rendered completely meaningless when it comes to protecting our privacy. It is time for the Privacy Act be overhauled to deliver real-life protections for the modern world, rather than a cloak of legitimacy for poor practices and exploitation,” said Cox.