Don't get hacked during the Games 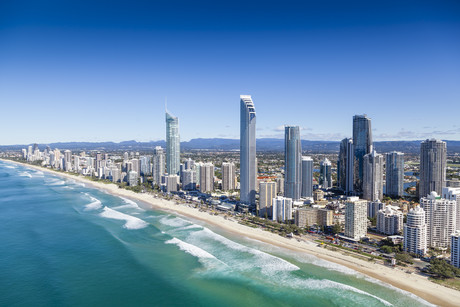 It is expected that the Gold Coast Commonwealth Games will attract high levels of cybercrime, with businesses urged to stay alert for the possibility.

According to Palo Alto Networks, phishing, malware attacks and other scams are likely to take place during the Games in April.

“Big events that attract a lot of media attention are trophy targets for cybercriminals. And, as more people watch coverage of the Commonwealth Games on mobile devices rather than on their televisions, the opportunity for attacks is increased,” said Sean Duca, vice president and chief security officer, APAC, Palo Alto Networks.

“This has been borne out by the massive spikes in attacks at every Olympics and Winter Olympics since 2012. In the recent Pyeongchang Winter Olympics, the official website went down hours before the opening ceremony in an attack most likely perpetrated by Russians posing as North Koreans.

“The Commonwealth Games is therefore unlikely to be immune and it’s not only the official sites that will be under attack.”

Potential attacks to be aware of during the 2018 Commonwealth Games include:

Palo Alto Networks advises businesses to stay alert during the Games and to be constantly diligent about sticking to security protocols. Businesses should ensure their staff are educated about the potential risks and how to avoid them, and should also make sure all applications are fully patched and up to date to avoid creating easy targets for cybercriminals.

“The Commonwealth Games provides a unique opportunity for many businesses, especially those on the Gold Coast, to profit during the event. However, it’s important to stay alert to the potential for cybercriminals to also profit handsomely from the event. Businesses must ensure staff never click on links in unexpected emails, open attachments or provide payment details online. By taking some basic precautions, businesses can enjoy the Games safely,” said Duca.

New criminal offences, tougher penalties and a mandatory reporting regime have been...