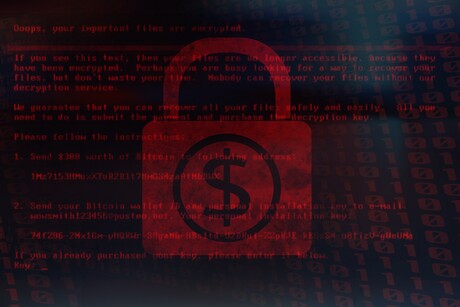 As legislation concerning the mandatory reporting of ransom payments is considered by the federal government, 69% of business leaders who said they wouldn’t rule out paying a ransom cited external risk drivers, including the need to minimise potential harm to stakeholders and reduce brand damage, as a rationale for payment. In comparison, 31% said that getting back to normal operations faster was a key concern. Two in three (67%) of businesses surveyed said it should be mandatory for a business to report a ransomware attack to the authorities, with 43% believing it should be reported regardless of whether a ransom payment was made.

Darren Hopkins, Cyber Partner at McGrathNicol Advisory said the findings show that the proportion of businesses paying a ransom is higher than official figures would suggest, adding that this aligns with the company’s experience working with organisations on the front line.

“The fact is, although we always advise against paying the ransom, many directors and C-Suite leaders often feel like there is no simple way out: and they know that if they try and reduce the ransom through early payment or negotiation, then that might help them avoid any negative fallout. Business leaders clearly want guidance on dealing with ransoms but to make mandatory reporting work, the consequences of reporting need to be less than the negative stakeholder and customer reaction that is the principal motivation for companies paying up,” Hopkins said.

Business leaders are taking the ransomware threat seriously, with 84% of businesses surveyed currently insured against a ransomware attack. The estimated average coverage size in Australia is $1.54 million. However, far from helping to ease stakeholder relations, the data shows that business leaders look unfavourably on those that choose to pay a cyber ransom. This is more the case for companies that have suffered a ransomware attack themselves.

Nine in 10 businesses surveyed said that knowledge of a ransomware payment from a business in their supply chain (or a business they are associated with) would negatively impact their perception of that business. Businesses that have experienced a ransomware attack in the past are also more likely to have a negative perception of another business if it pays a ransom. This includes 31% who believe that paying a ransom means that a business does not have appropriate safeguards in place.

Hopkins noted that too many organisations in Australia still believe they have nothing of worth to cybercriminals or that those that fall victim have not invested enough in their cyber defences. Hopkins cautioned that it doesn’t matter how large a company is or what data it holds, cybercriminals will always look for an extortion angle. The research suggests that paying a ransom can impact more than just the bottom line and can also attract negative perceptions from customers and suppliers.

Shane Bell, Cyber Partner at McGrathNicol Advisory, said the best defence is to develop a cyber resilience plan. Bell advises that the plan should evolve over time and be continuously stress tested within the organisation, with appropriate safeguards in place to help identify any risks or vulnerabilities that could be exploited now or in future. “It’s not enough to focus on total prevention of a ransomware attack. It’s about being in the best position to respond and bounce back when, not if, it happens,” Bell said.

Details have been released on new laws that provide the eSafety Commissioner with strengthened...

Cybercriminals are taking advantage of interest in the new COVID-19 Omicron variant in their...