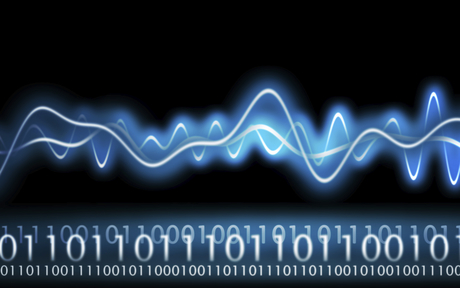 Gunnersen, a manufacturer and distributor of wood-based building products, has solved its problems with gluttonous disaster-recovery (DR) data on its network by implementing a virtual WAN optimisation solution.

Gunnersen found its network - a 5 Mbps MPLS connection - was being bogged down by traffic between its Melbourne headquarters, its Sydney office and a DR site.

The company’s IS Manager, Stephen Watson, initially tried upgrading the network to a 10 Mbps connection, but there were still problems. The team had set a limit of 95% network capacity for the DR traffic, which it was hitting in a continuous stream.

“We were falling behind in the DR and it was starting to impact significantly the user’s experience of getting into our centralised data processing systems in Melbourne,” Watson said.

The company considered upgrading its connection further, to 20 Mbps, but this would have been too costly at $1700 per month.

The company set up a trial of WAN optimisation software from Silver Peak. Gunnersen agreed that if the trial achieved a performance target of its choosing, it would purchase the solution.

“I set the target at a 50% reduction in our capacity, figuring they had no hope in hell of getting it,” Watson said.

“They got pretty close to 90%. It was the most amazing thing I’ve ever seen. We were monitoring our traffic going up to the Sydney office, they turned the box on, and immediately it dropped from nearly 100% down to about 20%,” Watson said.

Gunnersen was looking for a virtual solution, as it didn’t want to buy new hardware. This ruled out competing vendors, Watson said, as most required some level of hardware installation.

The Silver Peak solution was installed by Melbourne company AITS, and exists as virtual machines on virtual servers in Sydney and Melbourne. It took about 25 minutes to install.

Gunnersen now throttles its DR traffic to a maximum of 5 Mbps.

“It peaks at 5 Mbps occasionally, but generally it’s running around 1-2 Mbps,” Watson said, which leaves “plenty of growth capacity to go.”

The solution revealed that the Gunnersen network had a relatively high rate of packet retransmission, due to errors. Watson said the WAN optimisation solution has eliminated those errors, with a check digit verification feature that rebuilds lost traffic at the receiving end of the link, rather than the transmission end, meaning the rebuilt packet doesn’t need to be retransmitted.

“We reduced that error rate by about 85-90%,” he said. “That was also part of the problem we were having - it was having to do these retransmissions.”

“It took our recovery from being pretty much file-based type DR to being byte-sized DR. It looks at the data and says, ‘well these five bytes have changed, I’ll just send those five bytes rather than the whole file or the whole block’.”

The solution has also significantly reduced some of Gunnersen’s backup time frames.

“We reduced our backup on our ERP system from a 20-minute cycle down to a five-minute cycle. It takes a snapshot every five minutes and sends it up to Sydney.”

The system cost about $8500 up front, with an annual maintenance cost of about $2500 - a cheaper solution than the alternative 20 Mbps link.

It was also “probably 50% cheaper than anything else we looked at in the past,” Watson said, and it achieved a return on investment in about two months.