Flash to the rescue when things get tight 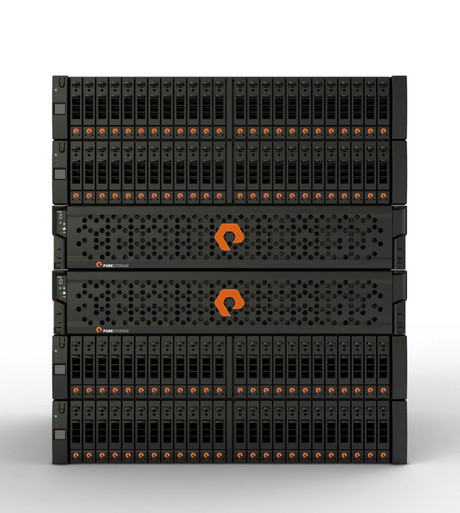 The University of Melbourne had a reliable SAN-based storage system that was performing to expectations, but had reached full capacity, resulting in delays provisioning new virtual machines while space was reclaimed and leading to complex maintenance requirements. Clearly, the university needed new storage technology that would provide ongoing support for high workload requirements. “Virtualisation workloads spike during enrolment and results periods, so we were looking for a system with seamless scalability,” said Drew Poynton, manager–storage, servers and backup.

Poynton investigated flash and fibre channel options and settled on an all-flash solution from Pure Storage. “When it comes to virtual machine workloads, flash reduces any chance of storage being the bottleneck. On top of Pure’s simplicity, its price point was comparable to high-end spinning disk so the decision was a no-brainer,” he said.

The university’s ‘gold tier’ virtual server workloads, including Microsoft SQL, now sit on two of Pure Storage’s FlashArraym//50s, while the ‘silver’ and ‘bronze’ tiers of storage are deployed on disk-based SANs. With Pure in place, the IT department has been able to repurpose the legacy ‘gold tier’ storage into other pools to improve the performance and capacity of lower tiers.

The benefits were immediately apparent, the most important being the increased usable capacity from the deduplication and compression technologies embedded into the Purity operating system. The all-flash solution also resulted in faster data access and lower latency for the virtual workloads, and the Microsoft SQL environment is running up to three times faster than it was on the former system. And while the legacy storage was performing consistently, Pure has enabled the University of Melbourne to run higher performing VMWare tier storage at a lower cost.

“We had solid infrastructure but Pure gave us the ability to re-use existing storage. So we can ensure that customers who use our student-facing systems, such as lecture capture and learning-management systems, are not going to experience slow query times resulting from the storage layer,” said Poynton.

Poynton said seamless scaling is another important benefit. “We now have the capacity to deploy new services and applications much faster than we could in the past,” Poynton said. “We no longer need to worry that our storage environment will hit capacity and slow down the whole system.”

Furthermore, the Pure footprint is significantly smaller than the old system, which enables better use of physical space. On top of this, the Pure1 Cloud has simplified the physical monitoring of storage with zero management overhead.

“The Pure1 platform provides the UNIX and virtualisation teams with greater visibility into the storage layer, so they can work more collaboratively with the storage team and each other,” said Poynton. “This also means less time is spent managing storage issues, so time and resources can be redeployed back into strategic business initiatives.”

As well as being a superior technical solution, Pure has delivered key business advantages to the university. “Pure has helped simplify our business not only from an IT perspective but from a financial perspective. With Pure’s Forever Flash model we have ongoing support and consistent storage maintenance costs and can upgrade our storage without large capital spends. This means we can budget accurately,” said Poynton.