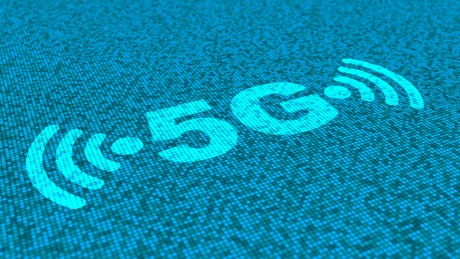 Chinese telecoms vendors Huawei and ZTE have both been banned from supplying equipment for Australia’s 5G rollouts, with the federal government citing national security concerns.

The Ministers have invoked a clause of the recent Telecommunications Sector Security Reforms that allow the government to compel operators to protect their networks against threats to national security.

While the senators did not name any vendors by name, they said in a joint statement that the government “considers that the involvement of vendors who are likely to be subject to extrajudicial directions from a foreign government that conflict with Australian law, may risk failure by the carrier to adequately protect a 5G network from unauthorised access or interference”.

The government is concerned that Chinese law allows Chinese officials to compel local companies to comply with demands to enable interception and surveillance of overseas communications.

Huawei Australia has confirmed that the company and ZTE have been instructed that they will not be able to participate in the rollouts. In a statement, the company called the decision non-competitive, baseless and politically motivated.

“Interpreting Chinese law should be left to qualified and impartial legal experts. Huawei has presented the Australian Government with an independent, third-party expert analysis of the Chinese laws in question: Chinese law does not grant government the authority to compel telecommunications firms to install backdoors or listening devices, or engage in any behaviour that might compromise the telecommunications equipment of other nations,” the company said.

“A mistaken and narrow understanding of Chinese law should not serve as the basis for concerns about Huawei’s business. Huawei has never been asked to engage in intelligence work on behalf of any government.”

Huawei also objected to the government’s justification for banning the vendors from tendering for 5G projects despite both having been heavily involved in Australia’s 4G rollouts.

The senators had stated that while previous generation mobile technologies had architecture that divided networks into core and edge components, 5G networks are going to be designed in a way that the distinction between core and edge blurs.

For this reason, the government is concerned that the new architecture will provide a method of circumventing traditional security controls by exploiting equipment in the edge of a network.

But Huawei said there is no fundamental difference between the design of 5G and 4G network architecture, with the core and access networks still separated.

“Moreover, 5G has stronger guarantees around privacy and security protection than 3G and 4G. We urge the government to take an objective and fact-based approach to security issues, and work together on effective long-term solutions,” Huawei said.

Telecoms analyst Paul Budde has agreed that the government’s decision is politically rather than technically motivated. But he said there is a basis for concern.

“There is no evidence whatsoever that some clever bits of technology have been added to networks designed and developed by the Chinese what would allow the Chinese government or anybody else for that matter to interfere with networks they have built or are building,” he said.

“As a matter of fact, communications networks around the world — as they are in place at the moment — manufactured by Americans, Europeans, Chinese or Russians can be used by governments around the world for cyberwarfare, cyberespionage or cybercrime if they want to do this.”

The difference between China and western democracies is that the Chinese government has a national policy that requires Chinese nationals to put Chinese policies and interests first, he said.

“If it comes to the crunch in relation to Huawei and ZTE they could be required by the Chinese government to first of all act in their interest,” he said.

“If the government does want to (mis)use communication networks, there are few or no institutions stopping them, furthermore they can ‘force’ their nationals to adhere to their commands and because of the global nation of these networks this is, of course, a potential threat to the security of other countries.”

But Budde also said a global effort to close such security holes would have been preferable to a blanket ban, which could have the effect of increasing prices for 5G rollouts by 30% or more, driving up prices for consumers.