Mobile commerce still not in fashion 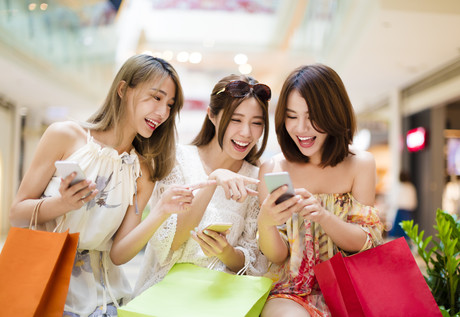 A poll of shoppers in the Asia Pacific has revealed that only 15% used apps to buy apparel in the past year.

This is despite the fact that m-commerce, or ‘mobile commerce’, was key to marketing and sales innovation for retailers throughout 2016.

YouGov surveyed 9037 people and found that shopping in store is still the most popular means of purchasing apparel.

Local markets and street vendors also retain some popularity, attracting 28% of consumers in APAC. They are the most popular in Vietnam, the Philippines and Malaysia, where 41%, 38% and 36% of respondents, respectively, have bought apparel from in the past year.

By contrast, apps are yet to break into the mainstream and have only been used to buy apparel by 15% of those polled in the past year. App usage peaks in Indonesia, China and Singapore where nearly one in five people (19%, 18% and 18% respectively) have purchased apparel through an app in the past year.

Conversely, shopping in-store is most popular with older generations. 90% of over-55s have shopped in store, compared to 75% of 16- to 24-year-olds. This suggests that, as one might expect, younger generations may be more open to shopping with new technologies than older generations.

Local markets and street vendors are more popular with young people than older generations, with 35% of 16–24s purchasing from markets compared to 23% of over-55s.

Two-thirds of consumers who shop using apps do so because it saves time. This reason was cited by 69% of those that have shopped using websites over the past year, and 66% of those who have used apps.

However, there are still clear benefits to in-store shopping. Over three-quarters of those that have done so (78%) like to try out apparel before they buy it, 73% want to check the quality before they buy and 56% simply enjoy shopping around.

Almost 40% of consumers believe that retailers will close physical stores. E- and m-commerce still have a long way to go before they can rival more traditional shopping experiences for convenience as well as for enjoyment. Opinions are divided as to whether new technologies are indeed up to the challenge. While 39% of respondents believe that retailers will close physical stores as online shopping becomes more popular, 36% do not think they will.

The 5G Infrastructure Association has predicted that 6G will be another great leap forward in...

Five telecommunications companies, including Telstra, Optus and TPG/Vodafone, will pay a combined...

Fibre Expressway Pty Ltd has unveiled plans to build a 5G-enabled technology ecosystem in WA and...