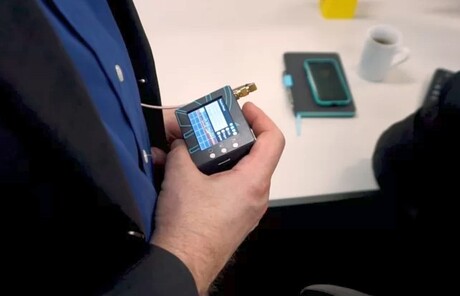 Australian cybersecurity IoT provider HackHunter has launched a portable tracker for detecting and locating the source of unauthorised and potentially malicious Wi-Fi transmissions.

The Pursuit tracker allows users to scan the range of Wi-Fi networks to detect illicit devices and other security breaches.

In a trial with an ASX 50 listed company, the Pursuit tracker found one Wi-Fi device hidden under the floor that the company had no idea about it and another device hidden in a bag that was remotely switched off as HackHunter approached it.

The Australian developed and manufactured device is produced using advanced 3D printing and product design. The Pursuit weighs less than 250 g, lasts over 10 hours per charge and is designed for single-handed use.

The product is accompanied by the HackHunter Insight analytics platform, which provides a real-time dashboard and generates automated reports, including how Wi-Fi in the environment has changed over time.

HackHunter developed the tracker from prototype to market-ready in eight months with the support of the $15 million AustCyber Projects Fund.

“HackHunter’s innovative technology shows organisations exactly what Wi-Fi is operating in their network environment in real time and quickly finds the Wi-Fi source with precision so it can be immediately removed if unauthorised,” HackHunter CEO Tracie Thompson said.

“HackHunter’s vision is to make sure that Wi-Fi remains a trusted technology by the public. It’s really satisfying to see the Pursuit tracker find unauthorised Wi-Fi in a range of normal and unique conditions. With the use of Pursuit, businesses can now be confident that they are protected against cybercriminals hijacking their Wi-Fi.”