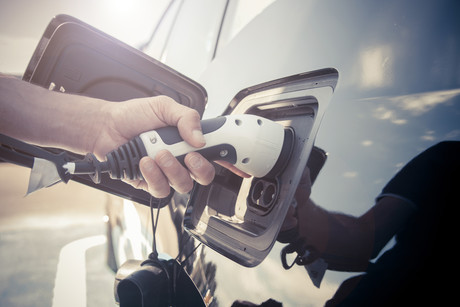 Queensland’s leadership in electric vehicle use has helped to determine plug policy for the entire country.

At Hyundai’s headquarters the Premier learned it was Queensland’s super electric highway that determined carmaker policy for the entire country.

“Because Queensland was first with recharging stations it determined which plug most electric vehicles sold in Australia will use,” she said.

“It also gave Hyundai the grounds to move forward with programs to manufacture its electric and hydrogen-powered vehicles in Australia.”

The company praised Queensland for moving forward with this new technology while other states and the federal government are stuck in neutral.

The Premier is in Korea exploring opportunities to develop a hydrogen industry in Queensland.

Korea is embracing the new emissions-free fuel not only because it does not add to the country’s significant pollution — it purifies the air as the vehicles run.

The Premier was told 100,000 vehicles would purify the air supply in Seoul in two hours.

It is the fuel of choice for large vehicles like trucks and buses because electric batteries to run these heavy vehicles are too big.

The country is looking to partner with a large-scale solar plant to power the process of electrolysis through water that produces the hydrogen but Korea lacks the suitable land area.

Queensland is ideally placed to manufacture and export the product.

The Premier compared a possible hydrogen industry to LNG.

“I remember when LNG was a dream. Now it is a multibillion-dollar industry,” she said.

The manufacture of batteries is another burgeoning industry. Demand for raw materials like cobalt is growing.