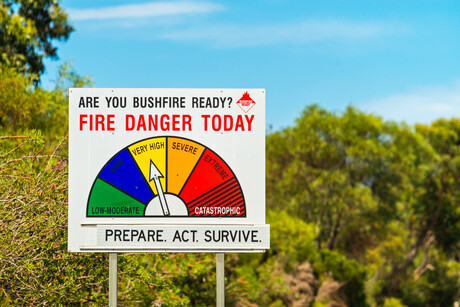 During the summer of 2019/2020, bushfires burnt approximately 18.6 million hectares in Australia, killing 34 people and damaging thousands of properties. Two years later, the country could be facing another dangerous fire season. However, a University of South Australia PhD candidate, Liang Zhao, has devised a way to use satellites orbiting above Australia to detect very small fires before they become problematic. Zhao is collecting smoke imagery from multiple satellites and then designing and training artificial intelligence (AI) models to recognise small outbreaks, to prevent a repeat of the 2020 summer. Zhao’s algorithm will use satellites to improve fire detection, even from 30,000 kilometres away.

“The problem with satellites is that those with high spatial resolution, focusing on small areas, tend to have low temporal resolution, taking much longer to capture images for the same location,” Zhao said.

Satellites with low spatial resolution, such as the Japanese weather satellite Himawari-8 situated over Australia, capture multiple images in quick succession but with less detail. Zhao plans to use his model on multiple satellites, with both detail and time considered when capturing images. Zhao’s algorithm is trained to detect smoke, as opposed to cloud, and overcome the problem of small fires obscured by forest canopies. Zhao has successfully tested the algorithm on bushfire imagery captured from Landsat 8, a high spatial resolution satellite.

Zhao’s software complements the work that is being undertaken in Australia to build satellites and drones to detect fire outbreaks by monitoring Australia from a lot orbit. Queensland-based company Fireball plans to launch a constellation of 24 purpose-built satellites in 2022, to establish a national system of automated bushfire surveillance within five years. AN ABC story earlier this year reported that new fires can spread 1500 square metres every 10 minutes, and if located in a remote area, could burn for hours before being detected. Failing to detect bushfires could cost Australia an estimated $2.4 billion a year by 2049, fuelled by global warming, according to Australian National University modelling, making the investment more urgent. The same modelling predicted that early bushfire detection could save the Australian economy $8.2 billion over the next 30 years.

“This is why many countries, including Australia, are launching more satellites specialised in fire detection. And with these satellites, the core is the algorithm, which is what my project is focused on,” Zhao said.