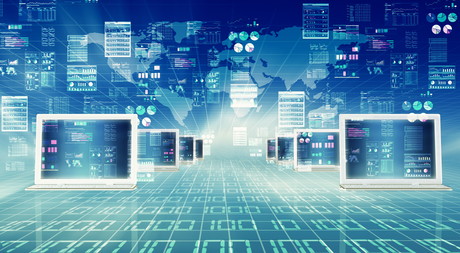 The inventor of the World Wide Web has received the 2016 ACM A.M. Turing Award.

Sir Tim Berners-Lee, a professor at Massachusetts Institute of Technology and the University of Oxford, was cited for inventing the first web browser, and the fundamental protocols and algorithms allowing the web to scale.

The award, often referred to as the ‘Nobel Prize of Computing’, carries a $1 million prize, with financial support provided by Google.

“Although this doesn’t seem that long ago, it is hard to imagine the world before Sir Tim Berners-Lee’s invention. In many ways, the colossal impact of the World Wide Web is obvious. Many people, however, may not fully appreciate the underlying technical contributions that make the web possible. Sir Tim Berners-Lee not only developed the key components, such as URIs and web browsers that allow us to use the web, but offered a coherent vision of how each of these elements would work together as part of an integrated whole.”

Berners-Lee, who graduated from Oxford University with a degree in physics, submitted the proposal for the World Wide Web in 1989 while working at CERN, the European Organisation for Nuclear Research. He noticed that scientists were having difficulty sharing information about particle accelerators.

In 1989, interconnectivity among computers via Transmission Control Protocol/Internet Protocol (TCP/IP) had been in existence for a decade, and while segments of the scientific community were using the internet, the kinds of information they could easily share was limited. Berners-Lee envisioned a system where CERN staff could exchange documents over the internet using readable text that contained embedded hyperlinks.

To make his proposed information-sharing system work, Berners-Lee invented several integrated tools that would underpin the World Wide Web, including:

Central to the universal adoption of the World Wide Web was Berners-Lee’s decision to develop it as open and royalty-free software. Berners-Lee released his libwww software package in the early 1990s, granting the rights to anyone to study, change or distribute the software in any way they chose. He then continued to guide the project and worked with developers around the world to develop web-server code. The popularity of the open source software, in turn, led to the evolution of early web browsers, including Mosaic, that are credited with propagating the web beyond academic and government research settings and making it a global phenomenon.

ACM will present the 2016 A.M. Turing Award at its annual awards banquet on 24 June in San Francisco, California.