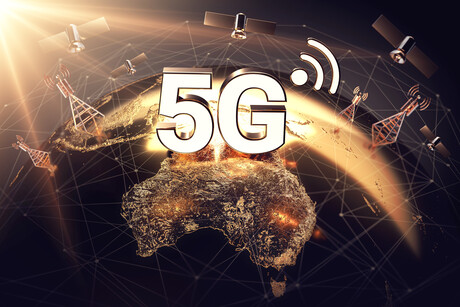 For years now, the public, business community and governments have waited patiently for drones to finally make good on their early promise.

Already drones are being used in various areas of the enterprise and government sectors. Drones today are used to deliver medicine, inspect pipelines, monitor crops and help emergency responders safely scout hazard zones. Yet, up to now, a mix of regulatory and technological hurdles have stymied the technology from reaching its full potential — especially in the enterprise sector.

Thanks to the ongoing 5G roll out, the fifth and most recent generation of broadband cellular network, drone development shows signs of taking a giant leap forward.

Across the globe, scores of businesses, government bodies and scientists are turning to 5G to extract dramatically improved performance from their drones or build ground-breaking applications that help drones take advantage of 5G’s greatly expanded capabilities.

Should a storm affect power lines or cause other damage, the drone showed it could provide valuable information to help determine what workers, equipment and materials would be required for immediate repair.

Another Australian drone initiative undertaken by Gidarjil Development Corp (GDC) uses 5G-enabled drones to connect its Elders with the work of its environmental rangers to promote knowledge sharing around Caring for Country and the exploration of cultural heritage sites. Elders who otherwise would be unable to travel to these sites due to distance and topography, can remotely operate underwater drones to explore the sea country of their youth and to capture HD video footage, which will provide visual cues for their storytelling to the younger generations. This will allow GDC to enhance its traditional knowledge database, led by Elders, to identify tribal heritage sites and the changing landscape.

Soon after the pandemic struck Korea, a Korean telecom deployed an ultraviolet-lamp equipped, 5G connected robot to sanitise surfaces and check the body temperatures of visitors.

As part of the Digital Economy Strategy announced on 6 May 2021, the Australian Government committed $32.6 million to establish the ‘Emerging Aviation Technology Partnerships Program’ (the Program) which will extend out to 30th June 2024. The Program will support strategic partnerships with industry and use emerging aviation technologies to address community needs, particularly in regional Australia. By encouraging the growth of new technologies, the Program is designed to increase competitiveness, efficiency, and reliability of Australian aviation, expand employment opportunities, and improve supply chain management to regional and remote communities. The Program will also contribute to the digital transformation of Australian businesses, increase business efficiency, and reduce carbon emissions through use of new technology.*

The availability of 5G connectivity makes these use cases possible.

Ever since Amazon CEO Jeff Bezos announced he intended to make 30-minute drone delivery a reality, the public’s appetite for everything drone has been insatiable. However, in the years following, Amazon’s plan of dispersing legions of UAVs to deliver consumer goods is yet to get off the ground.

In Australia, current rules around UAVs are highly restrictive and established from a mix of international, federal, and state laws primarily framed for aeroplane use, and not drone technology.

Until now, only hobbyists with constant line of sight, operating in limited times and places have been permitted to use drones. Outside of this, drone use requires explicit permission from the Civil Aviation Safety Authority. Commercial drone use however, often requires operation beyond visual line of sight, near populated areas, in a broad range of conditions, and without constant pilot supervision. This increases fears of an operator losing contact and control of the drone, allowing it to crash into anything or anyone.

The dynamics change when 5G enters the picture.

5G provides more reliable connectivity and faster response times than previous cellular technologies, meaning a drone receives and acts more rapidly after receiving pilot commands, enabling drone operators to safely control UAVs via virtual line of sight (VLOS). The idea of VLOS is gaining traction with aviation authorities around the world and would represent a breakthrough for drone-delivery companies if adopted.

Meanwhile, other industries including broadcast television, agriculture, and logistics have begun to see the enormous potential 5G can offer.

Companies that rely on UAVs have begun to tap into 5G-powered private networks because of the wide-area, high bandwidth and deterministic low-latency connections it can offer, according to Philippe Soutaer, Lead 5G innovation for enterprise at Proximus, a Belgium-based telecom operator.

An example, based on past projects, he gives:

While flying a drone and streaming video to an application, typically that feed will include some delay, making it harder to control from afar. Typically, glass-to-glass video delay resides between 0.5 and 1 second of which the 4G or Wi-Fi connection only takes up around 50 milliseconds (ms).

The largest latency chunk is due to the digital video encoding itself. However, when the video can rely on a deterministic, low-latency and guaranteed connection, which is something a private 5G network offers, the total video latency drops to 200ms or lower. The same applies to remote control of robots or heavy machinery.

According to Soutaer, a logistics company in Belgium is testing a drone that runs on a 5G private network to scan barcodes on boxes as part of warehouse inventory management. The drone can be equipped with compute power to process the barcodes, but computing images takes time. During the processing the drone isn’t doing anything but hovering, which wastes battery and overall solution speed.

This could have been done on Wi-Fi as well as in a warehouse situation, but you would have many more unstable moments in the connection due to Wi-Fi roaming from one access point to the other. In cellular, you can cover a large area with one cell, which removes the possible roaming instabilities.

As Soutaer’s anecdote illustrates, upgrades to cellular technology spur innovation. This is consistent with what we’ve seen following the release of previous network generations.

We’re on the threshold of the next new development phase in drone technology. Part of what’s thrilling about drones is that nobody knows how the technology will evolve. As of now, the only certainty is that if drones are to reach their potential, they’ll need to continue partnering with multiple stakeholders — none the least of which is cellular networks. With the growth of 5G across Australia, those who drag their feet will miss out on critical opportunities when it comes to drone adoption and innovation.

By taking advantage of LTE or 5G's low latency, building companies have an opportunity to...

The Acer TravelMate P6 is designed to keep up with fast-paced working environments.

This video shows the lengths Acer goes through to make their laptops for business more durable.