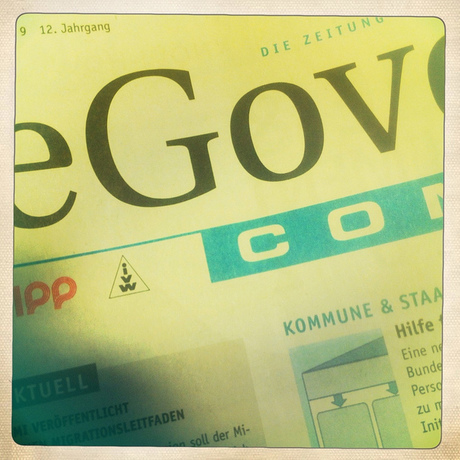 The government must act faster to adopt eGovernment technologies and policies, which will involve pursuing a “digital by default” strategy, according to the Commission of Audit.

Phase one of the Commission of Audit report states that the current eGovernment targets are not ambitious enough.

“The Commonwealth Government has made a commitment to ensure every government interaction that occurs more than 50,000 times per year can be undertaken online by 2017,” it states. “It will also aim to make all government correspondence available digitally by 2017. The Commission considers government should do better than that.”

The report recommends that the government adopt a strategy of “digital by default for all transactions.” This would mean making the myGov eGovernment portal the default means of engaging with government, and switching from an opt-in to an opt-out arrangement for the portal.

It also recommends appointing a Chief Digital Officer to lead the eGovernment efforts, and appointing a senior minister to champion the digital-by-default agenda.

The report also argues that the federal government has been too slow to adopt cloud computing, due to a reliance on legacy systems, security and privacy concerns and a general aversion to risk.

It suggests that the government should be following industries such as banking by adopting a “cloud first” policy, particularly for low-risk, generic ICT services.

To facilitate this, the Department of Finance should create a whole of government cloud computing provider panel that would allow agencies to obtain quotes for cloud services when the need arises.

Cloud computing can produce total cost-of-ownership savings of between 20 and 30% of infrastructure costs, the report states.

In a separate section, the report calls on government to keep up with the private sector in taking advantage of the opportunities afforded by big data.

“The government should identify and prioritise several major ‘big data’ projects, spanning key service delivery bodies (such as the Department of Human Services, Australian Taxation Office and Department of Immigration and Border Protection) and complex policy and programme areas such as services to Indigenous people and health,” it reads.