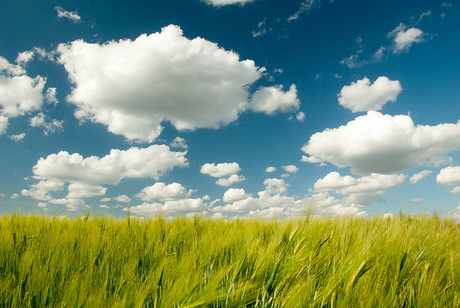 In an industry dominated by the likes of AWS, there are plenty of prospects for smaller players.

Is it possible that the public cloud market will eventually — if not rapidly — dwindle down to just a handful of hyperscale providers? Here are a couple of telling proof points:

Can anyone compete with these behemoths? Likely, no. But while many cloud providers lack the operational maturity, financial firepower and technical scalability of their larger counterparts, all hope is not lost.

These hyperscale providers have done the industry a big favour by making heavy investments in developing the cloud market. The average person may not fully understand what ‘cloud’ means, but they have certainly been exposed to TV commercials, airport signage and web advertisements promoting these providers and establishing awareness of their services. However, the hyperscale providers are not the only beneficiaries of this increasing demand. There are two core reasons for this.

The first comes down to simple maths. IDC predicts the market for cloud services in Australia to reach AU$1.7 billion by 2018, which is roughly eight times the growth rate of the entire IT services market, while Gartner forecasts the value of the combined Asia Pacific and Japan market will be over US$7 billion in 2015 alone.

To put this in perspective, the global public cloud in just the small and medium business (SMB) segment will grow to nearly US$100 billion by 2018. In this same time frame, market sizing for all segments including SMB, enterprise and public sector is projected to be US$282 billion, according to Gartner. So even if AWS and the other large providers continue to grow at staggering rates, they will still command a relatively small slice of the total pie.

This leads us to the second reason — AWS and other hyperscale providers don’t play in all product areas or offer all the solutions that customers need. Specifically, customers require a very high degree of technical prowess.

To illustrate this, let’s use an example of two very different kinds of SMBs.

One is a tech start-up that has the internal resources to manage its web presence and IT needs. They are the perfect customer for AWS and other hyperscale providers because they know exactly what services they need and how to manage them. The second is a micro SMB, a general contractor for home repairs with fewer than 10 employees and no internal IT support. They use a Gmail address professionally and may not even have a website. They almost certainly do not know what cloud applications and services will improve their business.

The critical factor is there are many more micro SMBs than tech start-ups, so there is still a vast opportunity for service providers to manage an SMB’s IT needs, becoming a virtual CIO of sorts. However, the industry is changing quickly and only the agile will survive, despite the growing market.

Winning in a hyperscale world

Based on our Odin SMB Cloud Insights research, we know that SMBs typically don’t understand what IT services and applications would best serve their business. Instead, they might receive advice from a colleague or other trusted advisor. Maybe a legacy system is in need of a fix so they are searching the internet. Maybe they hire a local IT professional.

Regardless, this is where service providers need to use their market insight to craft offers that fulfil their customers’ needs above and beyond what the customer is asking for. This could look like a bundle of broadband, business voice and productivity apps that scales per user and is billed by the seat.

However, providing best-in-breed technologies and services is easier said than done. It requires provisioning and billing automation and enabling the monetisation of many disparate services. While some of these services are core to the service provider, others are syndicated from a third party and may reside in either the service provider’s or a third-party’s data centre (eg, Microsoft Office 365).

In many respects, the cloud represents a significant threat to disintermediate the traditional IT channel of VARs and distributors selling hardware and software with services. For example, customers can now go directly to GoDaddy for a website, to Salesforce.com for CRM or to Intuit for QuickBooks Online.

For a service provider to compete and win in today’s market, they need to take control of their value chain by deeply integrating upstream with partners’ solutions and downstream with their back-office systems to create a tightly coupled relationship. When this occurs, the service provider becomes an active participant in the IT ecosystem and not just an observer.

Each time a customer interacts with you, it is an opportunity to learn more about their needs and potentially offer the right upgrade or cross-sell at the right time through the right channel.

In GoDaddy’s IPO filings, they disclosed that their support organisation made US$380 million in revenue in the past year. GoDaddy even compensates its support staff to encourage upselling and cross-selling — they are in the perfect position to then ask about the customer’s business and probe for solutions or services the customer might not even know exist.

For this approach to work, however, all of a service provider’s employees need to be reading off the same page. A sales rep should have the same visibility as a support rep or an in-store agent.

Finally, service providers must be selective in choosing partners who are committed to making them successful. Very few hyperscale providers are channel-friendly. In short, they are all about disintermediation. However, there are exceptions, and some hyperscale providers such as Microsoft and IBM are investing deeply in the cloud channel.

Service providers need to enable and automate solutions from channel-friendly partners while continuing to participate in the bigger IT market with their own services or value-adds.

Image courtesy of theaucitron under CC