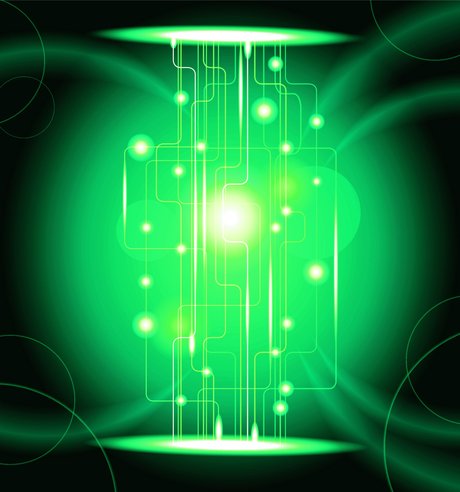 Server virtualisation is now mainstream in Australia and New Zealand, with more than 80% of server operating systems running as virtualised machines, according to Gartner. But there are still some workloads that can cause problems to the unprepared when they are virtualised, and uncooperative software vendors don’t make life any easier.

We’ve assembled a panel of experts to discuss these issues, including:

Traditional virtualisation wisdom dictates that there are some functions, workloads or types of server that shouldn’t be virtualised - particularly those with high IOPS (input/output operations per second). In these cases, the virtual machines (VMs) sitting on top of a hypervisor simply can’t get enough access to a host machine’s physical resources, meaning applications just won’t work. Or so the traditional wisdom goes.

While that wisdom may once have rung true, Kevin McIsaac reckons it’s not the case these days. He says the idea that VMs can’t handle applications with high IOPS is “completely incorrect”.

“The virtualisation platform does not necessarily mean that you’re not going to get throughput, or good memory, or good CPU. In fact, there are published tests from VMware that show over a million IOPS for a virtual machine,” he says. “The story that they can’t get the IOPS is actually a lie. There are usually other reasons why they don’t want to do it. The most common one is that the vendor has just not got off their arse and tested it on a virtual machine.”

Other times, McIsaac says, a software supplier’s sales reps will lie and claim their company won’t support their software if used on another vendor’s virtualisation platform. In reality, the sales reps are just trying “to sell their entire stack end to end”.

However, you can run into problems with IOPS on a virtual platform if the environment is misconfigured. “If you don’t actually architect the layout of the disk, or the number of paths, or the way you set queues, and that kind of technical mumbo jumbo, you can get poor performance,” McIsaac says.

In fact, “today, there are only a couple of things that really can’t run in a virtual machine”, he says, with the only real exceptions being those that involve highly specialised hardware, like specific fax cards, graphics cards, I/O cards or NICs.

Gartner’s Warrilow believes similar, saying that some corner cases - including some applications that are “very sensitive to real-time capabilities” - aren’t really suited to server virtualisation. And while these use cases are few, “they can be very important and very sophisticated workloads”.

“Generally with each new release of software, those use cases get a little bit smaller, and a little bit less of an issue, but there are always going to be holdouts,” he says.

But there are current examples of Australian and New Zealand organisations approaching server virtualisation differently for some functions. Gunnersen, a manufacturer and distributor of wood-based building products, provides one such example. Gunnersen had largely embraced a SAN-based server virtualisation set-up, which worked well until it decided to implement a new ERP system.

“The suppliers of the new ERP system were insisting that the primary database server - which was based on Microsoft SQL - should run on a dedicated piece of tin. They didn’t think you would be able to get an adequate disk access environment for the high demand that SQL was going to be putting on the database,” Watson says.

Gunnersen agreed with the supplier, feeling that the SANs they had been using in their virtual environment probably wouldn’t provide the I/O throughput required “because it was a network-based connection”, Watson says.

The company has therefore adopted Nutanix servers. “It’s all still virtualised,” Watson says, but it provides better throughput than the old SAN-based environment, in order to satisfy the requirements of the ERP system.

Masterpet, a pet services and products company, has two virtualisation environments - one in NZ and one in Australia - each with 20 production servers virtualised over three physical hosts. Like Gunnersen, Masterpet has approached its SQL-based ERP server differently when it comes to virtualisation. The company has its ERP on a dedicated physical box.

“And that’s just for sheer grunt. Our physical ERP box has got some pretty impressive disk performance. It is just a pure grunt box - it’s all it does for us every day,” White says.

The company is testing virtualisation of its ERP with Windows Server 2012 and the latest version of SQL, “to see how it runs and what impact it has on the rest of the infrastructure”.

Masterpet also has a physical box for one of its domain controllers (DCs). “We did virtualise it, and then we realised … as the environment powers up, it is quite nice to have the DC up and ready for things to talk to,” says White. Without a separate DC, “we’ve found that things would fire up and if something wasn’t happy, you’ve got to reboot it again. And the actual power-up time just becomes fairly large.”

Watson notes that “even if we do have a physical host for the DC and the ERP, we still throw our basic version of VMware on there. So they still sit on top of the virtualisation layer. So really we are virtualising everything - we’re just giving those guys a big slice of grunt, exclusively to themselves. I think the virtualisation layer is definitely up to it - it’s just about how you share it out.”

While some software sales reps are lying when they say their company doesn’t support server virtualisation, some software vendors actually will refuse to support their product on virtual environments.

McIsaac has a simple solution. If it’s a smaller software supplier, tell them you have a virtualisation-first approach, and if they don’t support virtualisation they’re out of the tender. Their position may change very quickly.

“If they’re a large vendor, you just need to work your way up the management chain and find somebody who is more aligned around the company policy, rather than a personal sales agenda,” he says.

Alternatively, approach your virtualisation vendor and ask them to point you to other customers who are using large workloads, “and confront the vendor with their lie”, McIsaac says.

If it’s any consolation, Warrilow says that “software suppliers that outright refuse to support their product on a virtual server are shooting themselves in the foot. In Australia in particular, where 80%+ of all server OS instances are virtualised, they’re leaving themselves 20% of the market.”

While server virtualisation might work fine in ideal circumstances, there are still plenty of things that can go wrong. To avoid such an outcome, Watson suggests that you make sure you have the right people, as far as knowledge and skills are concerned, which may mean engaging a third-party support organisation to help.

“You need to make sure you have ready and immediate access to the everyday technical skills that are necessary to do this. It’s something people don’t do all the time, so you’re unlikely to have it in your own office. I would look for an organisation that’s got fairly deep resources that can do it, and I’d be prepared to pay for it,” Watson says.

For those with concerns about moving a particular app to a virtual server, Warrilow says: “There are technical communities where you can ask for the war stories … around how well the application runs and if there are any gotchas.”