Where to now for low-code? 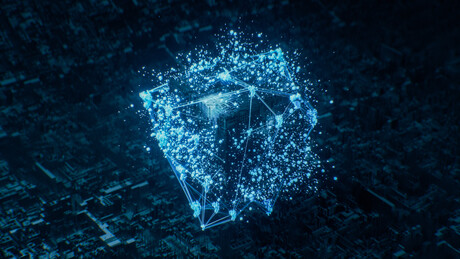 Low-code developments may not be new, but the pandemic-induced disruptions and remote development have significantly accelerated market growth.

Research firm Gartner predicts the global low-code market to grow by around 23% from 2020 to $13.8 billion.

“Globally, most large organisations will have adopted multiple low-code tools in some form by year-end 2021. In the longer term, as companies embrace the tenets of a composable enterprise, they will turn to low-code technologies that support application innovation and integration,” said Fabrizio Biscotti, research vice president at Gartner.

As the market maintains a strong growth trajectory, we recently caught up with Matt Calkins, CEO of leading low-code provider Appian, to get his thoughts on the current state of the market, the opportunities, challenges and where it’s headed. Appian has been a leader in low-code for two years in a row and was recently chosen by customers as the #1 enterprise low-code platform, according to Gartner.

“Many apps couldn’t keep up with the explosion of remote work. Corporate mobile usage doubled. In contrast, Appian mobile usage grew by a remarkable 1900%, compared to 220% for the overall market. The inability to go instantly mobile cost many businesses a staggering amount in lost productivity.”

Unsurprisingly, of the companies that said they were able to navigate the COVID-19 crisis effectively, 72% were technology leaders, according to a McKinsey study.

Low-code has two key components, Calkins said. “The first is that it’s fast. It allows you to create apps by drawing a workflow diagram. So, it’s quick to build, and quick to change. It supercharges your agile development process.

“The second is that it’s unified. It enables you to include any type of worker (people, bots, AI or business rules) or resource (data or system) into a single workflow. It brings all your assets to bear in one place.”

Still, many IT teams are only scratching the surface of low-code’s power. They are running low-code projects with traditional high-code development practices.  To reach the full potential of low-code, organisations need to avoid outdated, waterfall development approaches in favour of key agile practices. This will allow these organisations to build applications fast and right the first time.

The pandemic impacted everyone, disrupting businesses and workforces. “The first wave was the start of the pandemic. The next wave will come at the end of it with new employment patterns, customer concerns and preferences,” Calkins said.

The disruption will continue because the “metabolism of business has changed”. Technology is moving faster than ever before, he said, quoting IDC research that predicts more than 500 million digital applications and services will be developed and deployed by 2023. This is equivalent to the total number of apps developed over the last 40 years, he said.

“Unfortunately, the number of new developers who can build those applications is not matched. Enterprises can’t hire their way out of this problem, so IT teams need a more efficient way to quickly build powerful applications — that’s where low-code platforms come in.

“With low-code, rather than developing enterprise applications by writing lines of code, you can build software by drawing a flowchart.”

Research firm Forrester predicts that by the end of 2021, 75% of development shops will use low-code platforms (up from just 44 percent in 2020).

“Organisations that lead with agility will lead their markets. Speed is the new battleground. We’ve moved from a world that expects continuity to a world that prioritises quick change.

“IT teams continue to deal with three key challenges that plague every organisation — lack of developers, lack of time and lack of alignment between business leaders and IT.”

Many businesses are stuck with infrastructure built on an assumption that it would never need to be upgraded to solve new-age challenges, Calkins said. They are also dealing with technical debt or are paying a high cost of running old technology or keeping it up to date.

In a 2020 McKinsey survey, CIOs reported that 10–20% of technology budget dedicated to new products is diverted to resolving tech debt-related issues.

Many businesses can see that in the past it took them a long time — say a decade with traditional coding — to build their systems, and they do not want to do that again, he said. These systems could be rebuilt in weeks or months, with modern technology such as low-code automation, at a much lower cost compared to before, Calkins said.

As the pace of change continues to accelerate, so does the cost of technical debt for businesses. This is because their software is growing out of date with time, he explained. “This is especially the case for businesses that have grown through acquisition and have many separate pieces of IT infrastructure.”

This makes it even more urgent for businesses to move to a modern platform, like low-code automation, which supports agility, Calkins said.

Businesses must consider new investment in technology, not just to solve today’s problems but also because that would help them pivot to meet future requirements and unforeseen circumstances, he added.

Automation came to the forefront in 2020, led largely by interest in RPA. However, in the absence of integrating bots into a larger workflow, their ROI is limited. To unlock transformational efficiency, you need to combine all types of workers (people, bots, AI or business rules) and resources (data or systems) in a single workflow.

According to Gartner: Enterprise architecture and technology innovation leaders lack a defined strategy to scale automation with tactical and strategic goals. They must deliver end-to-end automation beyond RPA by combining complementary technologies to augment business processes. Gartner calls this ‘hyperautomation’.

As organisations fast-track their digital transformation to build resilience beyond the current...

Data responsibility must catch up with cloud adoption

A trend to cloud adoption is likely to persist after the pandemic subsides, and support will be...