Ports of Auckland has put down its ageing storage area network (SAN) in favour of storage virtualisation software, giving the organisation a failover time of minutes, increased storage performance and reduced infrastructure costs. 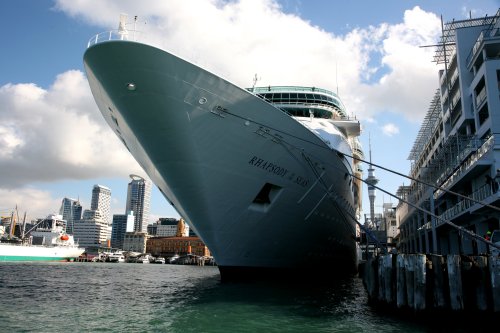 The company is one of New Zealand’s leading port companies, serving the country’s vital international trade with a range of cargo handling and logistics. It’s responsible for running two maritime ports and an inland port in the Auckland region.

Ports of Auckland is operational around the clock, every day of the year. This places a tremendous responsibility on the company’s IT team to keep critical systems available and performing up to expectations at all times.

All of these critical systems are heavily dependent on the company’s SAN infrastructure, which is also tasked with storing many images and videos for training and incident management, and will shortly be required to support a new terminal management system.

The organisation was an early adopter of server virtualisation and today 95% of its server infrastructure is virtualised. But its ageing SAN infrastructure couldn’t keep up with the demands of a highly virtualised environment - it was limiting critical application performance, required too much downtime for physical maintenance or upgrades, and could not furnish the high availability demanded by port operations.

Because the solution manages all the storage at both sites as a single pool of virtual disks, automatically routing I/O requests to the appropriate hardware regardless of where it is, the IT team no longer has to worry about site failure.

“We can suffer a complete SAN array failure at one site and have the systems carry on running without any manual intervention, which is a huge benefit for us. Our return to operation in a complete site failure is literally only minutes,” says Lead Systems Engineer Craig Beetlestone.

Before the deployment, the IT team had to failover the system to the secondary site to allow for a scheduled SAN outage, which had an unacceptable impact on port operations. Now, the IT team uses the ‘zero-downtime’ maintenance features of the storage virtualisation solution to do operational maintenance without affecting the rest of the business.

Performance has also improved under the new system.

“Even with SQL servers that use a significant amount of disk I/O, we barely see any impact at all because the effective disk latency stays extremely low - even when we throw a large amount of I/O through to the controllers,” Beetlestone says.