Bloated tech has Aussies burnt out 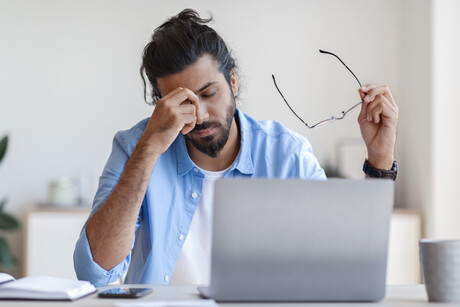 IT professionals spend nearly a full workday each week (an average of seven hours and 19 minutes) dealing with bloatware — unwanted, overly complicated SaaS add-ons and features that hinder productivity and cause frustration at work. The cost of trying to use unhelpful technology amounts to more than US$84bn (AU$122bn) in wasted time annually in the United States alone.

A new report from Freshworks titled ‘State of Workplace Technology: Bloatware — the difference between love and hate for workplace tech’ surveyed the interactions of 2000 global IT professionals with workplace technology. The report found that 89% of respondents waste time each week due to bloated technology, a distraction from their core responsibilities that undermines the bottom line.

IT pros want more of less

Despite widespread innovation and a societal movement toward simple, easy-to-use apps, the new study reveals that bloatware is a persistent and pernicious problem for organisations.

IT professionals report that they have an average of 14 different applications available for use on their work computer, but only actively use half of them — meaning 50% are a distraction that lowers overall system performance. Almost every respondent (94%) said their company could benefit from reducing overall software contracts, while seven in 10 (71%) said their organisation would benefit from simpler software.

The problem is widespread and substantial, with IT professionals reporting bloatware infiltrates many aspects of their work. Notable findings include:

Despite these costly and frustrating issues with software, seven in 10 (70%) IT pros have hesitations about sharing feedback on their software. Why? One in five don’t want to be seen as a complainer (21%) and say their company has a history of ignoring feedback (21%), while 17% don’t believe they’ll be listened to.

“Technology is critical for business success in today’s digital-first world, but far too many organisations are distracted by software they don’t want and can’t use to deliver on their full potential,” said Professor Joe Peppard, former Principal Research Scientist at MIT Sloan School of Management.

“With costs approaching $100bn, the impact of IT bloatware on businesses is far larger than most realised. More software isn’t always better, and CIOs realise it’s time to break the doom cycle of bloatware to help employees and businesses succeed,” Peppard said.

Almost unanimously, IT pros are not satisfied with their organisation’s software. Nearly nine in 10 (89%) said they have frustrations, with the leading reasons being: it slows down their work (35%); it lacks flexibility (33%); and it requires multiple programs to do their job effectively (30%). More worryingly, bad software also hurts work performance and decreases morale.

Other notable findings include:

IT pros will give up a lot for better software

Sixty per cent of survey respondents said they hate using outdated legacy software that isn’t easy to use. Many are so frustrated with the software that they are willing to give up benefits, including:

“Legacy SaaS providers may have had good intentions by offering more add-ons and features, but the era of complexity has backfired and is bogging down businesses’ ability to deliver,” said Prasad Ramakrishnan, CIO at Freshworks.

“As we enter a slowdown in the economy, the C-suite is re-examining their tech stack to prioritise solutions that deliver maximum productivity, not complexity and burnout. This is what we build for, and it showcases that bloatware needs to go”.