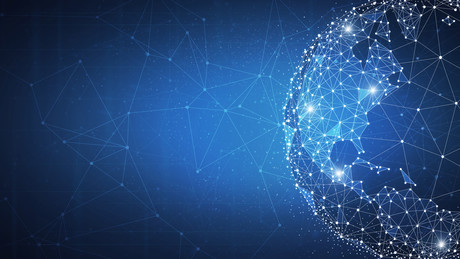 Local and global decision-makers gathered in the United Arab Emirates earlier this month for the Dubai Future Council for Blockchain’s second meeting — an initiative designed to help position the city as a global blockchain capital.

It comes as part of the larger Dubai Future Councils project, which aims to “find innovative solutions for strategic sectors and forecast their future over the next 50 years” and ultimately help establish Dubai as the world’s “smartest and happiest city”.

Already, Smart Dubai has launched over 130 initiatives to accelerate innovation and smart city solutions, with the goal of becoming the world’s first blockchain-powered city by 2020, according to a blog post from Navigant Research’s Research Analyst, Johnathon de Villier. This would involve moving all applicable government services and information such as passport, visa and bank details and DEWA registration to blockchain architecture.

To help support the move, Dubai developed a guide to blockchain implementation, in partnership with Educhain and Dubai Blockchain Centre, which would connect innovators with resources and integrate blockchain developments into municipal processes early on.

“More than a dozen blockchain use cases are being tested in the city. ConsenSys, IBM and Quantstamp have been attracted to the opportunities in Dubai, and more companies will likely come,” de Villier said.

However, Dubai isn’t the only one vying to become the epicentre of blockchain innovation.

“The country has continued to explore and pioneer new applications for blockchain technology in government services, from voting and identification to title management,” de Villier said, adding that their ‘openness’ has led at least three blockchain vendors to set up headquarters in Estonia.

They’ve also completed a pilot program to tokenise the country’s power grid, in partnership with energy blockchain vendor WePower and transmission system operator Elring. According to Estonia, the results were “positive for both energy and blockchain industries”, with WePower recording 26,000 hours and 24 TWh of energy production and consumption data uploaded to blockchain. This generated 39 billion Smart Energy Tokens — tradeable or liquidatable digital self-settling power purchase contracts each worth 1 kWh of power produced.

Meanwhile, India is also looking to attract and centralise blockchain talent. In May this year, Telangana’s state government released a draft policy package which would provide blockchain vendors with a 25% subsidy on rentals, 50% subsidies for exhibitions, reimbursements for conference travel and local taxes, as well as competitive seed grants, in the hope of developing a blockchain district in the city of Hyderabad.

According to de Villier, most of blockchain’s value will come from the applications and services it can support.

“In the short term, much of this value will come from streamlining existing business processes such as billing, settlement and regulatory compliance,” he said.

“These three countries are betting on the success of these initiatives and the emergence of new business models and revenue streams. They may well succeed in drawing talent away from Germany, Switzerland and the other leaders in blockchain development, beginning the process of reshaping the global blockchain landscape,” de Villier concluded.