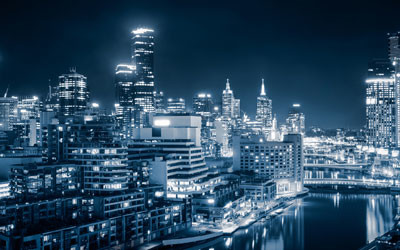 Melbourne is beating Sydney in the race to become a ‘hyperconnected’ city capable of unlocking the full promise of the Fourth Industrial Revolution, according to new research from Oracle and economic and urban research consultancy ESI ThoughtLab.

Melbourne ranked sixth out of 100 cities worldwide in terms of progress towards building a hyperconnected city, while Sydney was in a lower ranked 11th place.

The report ranked the 100 cities based on their progress implementing smart city initiatives across four pillars: technology, data and analytics, cybersecurity, and connected citizens.

Melbourne meanwhile ranked third on the technology pillar, compared to 13th for Sydney. This pillar is based on the digital technologies that cities use, such as AI, biometrics, cloud computing, IoT and public Wi-Fi.

Likewise, Melbourne ranked fifth and Sydney ninth on the data and analytics pillar, which evaluates a city’s approach to gathering, using and managing data, the types of data used, and where the city is using data to drive results.

Melbourne ranked equal fifth on the cybersecurity pillar — an assessment of how prepared cities are for cyber attacks — while Sydney did not even make the top 20.

But Sydney edged out Melbourne at third place to fourth on the connected citizens pillar, which evaluates how well cities engage with their key stakeholders and the methods they use to achieve this.

For a city to be considered hyperconnected, it must have the cloud infrastructure in place to extract, integrate and analyse data from sources such as IoT devices, the research found.

Many cities are finding themselves drowning in data and unable to glean the insights they need to enhance citizen services and local government decision-making.

“The public sector, particularly at local level, is dealing with seismic technological, demographic and environmental shifts. Data is the rocket fuel for this transformation, and progressive cities are turning to cloud, data platforms, mobile applications and IoT as a way to scale and prepare for the future,” Oracle Global Director for Smart Cities Susan O’Connor said.

“In contrast, not taking advantage of emerging technologies such as AI, blockchain or virtual and augmented reality comes at a cost. Cities of the future need strategic, long-term investments in cloud data architecture, along with the right expertise to guide them through.”