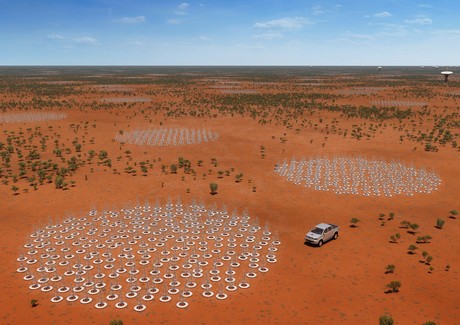 Australian research data will be sent into hyperdrive thanks to a new, high-bandwidth service, launched by Australia’s Academic and Research Network (AARNet) on Tuesday.

The service — which runs via the Indigo subsea cable system connecting Sydney, Perth and Singapore — can transfer over one terabit per second and gives Australia the reliable, scalable and sustainable data network needed to participate in international, data-heavy projects like the Large Hadron Collider (LHC) at CERN (European Organisation for Nuclear Research).

It could also be used to transfer data from Australia’s part of the Square Kilometre Array (SKA) radio telescope — located at the Murchison Radio-astronomy Observatory (MRO) in outback Western Australia — to other researchers around the world, according to AARNet.

While a decision hasn’t been made on whether the SKA Organisation will leverage the service, MRO operator CSIRO is already using it to benefit instruments associated with the project, such as the Australian SKA Pathfinder (ASKAP) and Murchison Widefield Array (MWA) precursor telescopes.

AARNet said CSIRO is currently accessing a 10 gigabit per second (Gbps) virtual private network between Sydney and Perth and a 100 Gbps end-to-end encrypted optical circuit connecting the National Computational Infrastructure in Canberra and the Pawsey Supercomputing Centre in Perth to support research activities.

CSIRO Executive Director of Digital, National Facilities and Collections, Dr David Williams, said, “The new Indigo capacity will support our ASKAP project now and we hope also the unprecedented flows of data the SKA is expected to generate.

“We’re very excited about using our optical circuit on Indigo Central — Sydney to Perth — to transform how supercomputing is used in Australia.”