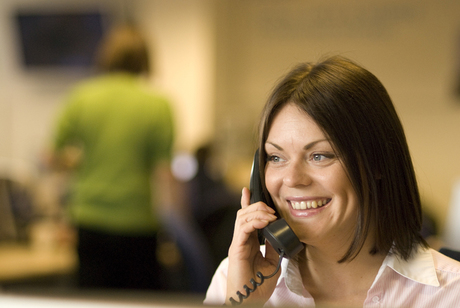 The company has an office in Sydney and one in Melbourne, primarily servicing NSW and Victoria, but also Western Australia and Queensland.

When SRG first opened its Melbourne office around two years ago, the company reviewed the way it handled voice calls.

“At the time we were running a client/server-based recruitment application to manage our customers, be they contractors, candidates or clients,” said Stephen Smith, Managing Director at SRG.

“We reviewed the way we were going to grow the business, and we decided to follow the cloud path. In doing so we moved away from the client/server app to an online recruitment system. So we required a more capable bandwidth and a more capable internet solution, [and] we then reviewed our voice and data as well.”

Smith said “the whole VoIP concept was pretty new to us at the time” and the provider that SRG initially chose proved to be “a bit of a mistake”.

“The solution constantly fell over. The [provider] didn’t have the support structure to get it up again. It was reselling a very poor domestic service under the guise of a corporate service. It was just horrible. At any one time I can run around 40 sales consultants and [at times] we were losing phones for half a day, and that was really beginning to cripple the business.”

SRG engaged Azzurri Communications - which was recommended by SRG’s IT services provider - to come in and stabilise the solution. After strategic meetings regarding the growth of SRG’s business, Azzurri identified a Broadsoft solution as a potential better fit. SRG then contracted Azzurri to implement the solution, which integrates voice and data.

The system has eased administration of telephony at SRG.

“Moving handsets around the office and assigning groups is stuff we can manage internally now,” with the solution’s dashboard, Smith said.

The ‘hotelling’ feature - which allows users to take their phone numbers with them when they travel between offices - has also proved useful. “We can have people log in and out of phones whether they’re interstate or not.”

The solution has also helped enable something of a hot-desking scenario at the company, when combined with Google Apps and Google Drive, which SRG also uses.

“You can go and sit anywhere and your desktop is with you, your phone is with you. We tried remote desktops and Citrix XenApp-type solutions, and they just proved to be a bit clunky and expensive,” Smith said.