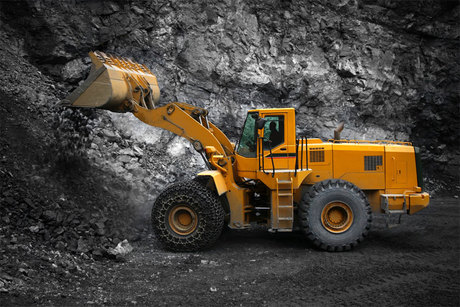 Mining consultancy and software development company Runge required a videoconferencing solution to improve global collaboration and meet the expectations of customers who had already invested in this technology.

Runge was reliant on email and teleconferences to connect its 20 global offices but required a more personable and effective form of communication and, as many of its mining industry clients were already equipped with videoconferencing facilities, also saw the potential for improved external communication.

“We chose LifeSize because, pretty well as far as we could tell, it had the smallest bandwidth for the best quality. And that was not based on reading the brochure. It was based on real, empirical data,” explained Scott Henderson, Runge, CTO.

The first deployments were conducted in Australia, followed by Johannesburg, Denver and Kuala Lumpur.

“It took us about a month each time, from the time of order, to getting the equipment into a new site. This was mainly due to juggling international logistics,” said Henderson.

“We’ve got nine offices equipped with LifeSize right now and we will be rolling out another five this year,” he said. “We’re looking to eventually deploy to every office.”

To ensure maximum usage, almost all videoconferencing units have been placed on trolleys that can be wheeled from office to office, with network ports placed at multiple logical places around the office. The single exception is one unit that has been permanently placed in the head office boardroom.

Despite the diverse ages of employees, from developers just out of university to experienced, long-term mining engineers, the shift to use videoconferencing has been fast and smooth.

“Once people are taught how to use it, we see a very fast take-up. There’s no push back,” Henderson acknowledged. “Already, the units are in use much of the time.”

Monthly videoconferences have replaced the previous global communications teleconferences and many employees are turning to videoconferencing as a standard method of contact with peers in the same time zone.

“It makes a big difference,” said Henderson. “Videoconferencing is a very human thing. It has more interaction and makes for richer communication. You get to read the other person’s body language and can see if someone is uncomfortable with something. It makes communication more efficient at the end of the day.”

Another benefit is reduced travel time. In Jakarta, where traffic congestion makes travel within the city extremely time-consuming, the office manager is saving up to four hours a day by using videoconferencing to catch up with clients.

Henderson also anticipates benefits for the company’s travel budget in the long term.

“We didn’t put the business case up on travel, but I realise that as it gets into the psyche of people, videoconferencing will reduce travel bills ultimately.”

Six months later, ongoing management and maintenance has been trouble-free.

“It works. The quality is good and the bandwidth is well managed. We move a lot of spatial data around the network and sometimes the network is fairly stretched but despite this, we’ve not had any problems with video or with voice,” he said.

“It’s all a pretty seamless set-up. When we put a system in a remote office, our guys in Brisbane configure it up. If someone needs a hand, we get on the web interface and work things out. Other than that, there’s just international logistics to keep on top of, and even they haven’t caused any delays. eVideo do a great job of keeping on top of all that.”