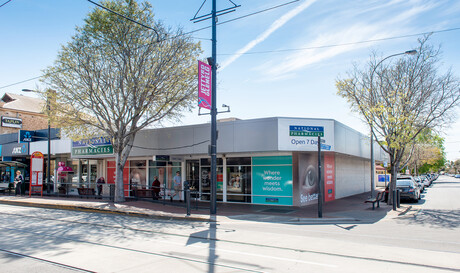 Founded as a mutual organisation in Adelaide in 1911, retail pharmacy business National Pharmacies continues to operate on behalf of its members, which currently stand at more than 260,000. The business has a unique heritage and operating model, with profits from its 45 community pharmacies and 20 optical outlets in South Australia, Victoria and New South Wales returned in the form of benefits and discounts to members.

The impending shutdown of PSTN services was the catalyst for a telecommunications review. National Pharmacies was operating with a mix of traditional on-premises telephony solutions. While its head office and a quarter of its stores used a VoIP solution, most sites were still on traditional PABX and PSTN services. That PABX infrastructure had become increasingly difficult and costly to manage, changes took a long time to make and it would typically take two to three months to bring a new store online.

After shortlisting three alternatives as a complete replacement and consolidation of voice services, National Pharmacies selected RingCentral Office, a cloud-based unified communications as a service (UCaaS) solution. There were two fundamental criteria that had to be met in making the decision, said National Pharmacies’ Chief Technology Officer Joe Polisena: “We had to be able to deploy it quickly and it had to be a rock-solid service.”

The rollout was planned in three phases — initially to replace the stores with legacy PABXs, then to the stores operating on VoIP and finally to upgrade National Pharmacies’ head office. Before kicking off the project, running an in-store proof of concept revealed for the first time the types of calls received and where they were going, and how the business could best leverage the additional features and capabilities of the new UCaaS solution.

As soon as the rollout started, the impact of the transformation was immediate.

“In the IT world, it is natural that people don’t like change — but this is probably the first time deploying a new IT product that we have had stores hearing about the implementation and contacting us to ask if they can be put up the priority list to be changed over to RingCentral,” Polisena said.

That positive impact saw a 25% reduction in helpdesk calls from stores with telephone issues in the first few months of operation, with National Pharmacies also able to be a lot more responsive to store requests by making any changes needed in-house, rather than relying on and waiting for a third-party service provider.

However, one of the biggest benefits for its stores is the time saved in setting up communications for a new National Pharmacies store or changing the configuration when a store is expanded or reconfigured. “With RingCentral, we can do this in half an hour,” Polisena said.

National Pharmacies has also seen significant financial benefits from its new cloud-based unified communications environment. There has been an estimated $200,000 cost avoidance in not having to replace or upgrade its ageing legacy PABXs, as well as up to $60,000 in annual telecommunications cost savings.

With the visibility National Pharmacies now has on the calls received, it has helped the retailer ensure sufficient resourcing in different areas at each store.

“Our stores have a lot of moving parts, so it’s important that we have a triage system to provide a more organised and responsive service for customers who call us. We have pharmacy, optical and prestige beauty enquiries all coming in on the one line — which are all completely different areas and staff. With RingCentral, we can deploy a lot more handsets in store and, with IVR upfront, which we can reconfigure ourselves, when we answer calls, we already know what the enquiry is about and can direct it to the right person,” said Bill Lelas, Business Operations Manager, National Pharmacies.

That visibility has also enabled head office to analyse calls across all stores to look for opportunities to handle some of these customer enquiries centrally, taking some of the pressure off the stores. This will happen once head office upgrades to RingCentral, which is currently in planning.

“As RingCentral comes with reporting straight out of the box, it provided National Pharmacies with good insight into the volume of calls and what services were being requested. As we further deploy this environment into head office it will give us the ability to further analyse our services to best accommodate our members’ requirements. This may include things like quick access to expertise that can be shared across the fleet of stores,” Polisena said.

When the National Pharmacies head office upgrades to RingCentral, it plans to integrate the solution with Microsoft Teams to improve the business’s collaborative capabilities.

“By using the RingCentral app at the desktop, we will be able to utilise additional functionality in the RingCentral environment for more focused services for our members and to provide training for our staff and frontline teams. We’re also planning to use the integrated video capabilities within RingCentral to extend and improve our delivery of e-health services,” Polisena explained.