Flight Centre takes off with a managed data centre

Flight Centre is one of Australasia’s best-known travel agency groups. In 2008, in line with the company’s increasing focus on corporate sustainability and with the rising cost pressure of Brisbane’s office space, Flight Centre decided to outsource to an external data centre provider to allow its IT team to focus on supporting the business’s 900-plus stores and eight head offices nationally. 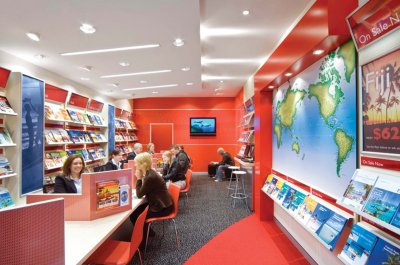 According to Stephen Pozzebon, Flight Centre Technology’s Enterprise Operation Leader, cost efficiency and floor space were key drivers for the decision to move to Interactive for its data centre solution.

“We’re a lean company and aim to dedicate our resources to our core business wherever possible, outsourcing to selected partners for the other areas,” he said.

“We previously hosted the majority of our data centres ourselves, which was a major undertaking for the business, both in terms of cost and staffing. Given our IT engineers were not being trained in this area, we were spending valuable time and resources negotiating with data centre vendors, and refrigeration and cooling providers.

“Also, in Brisbane’s CBD, floor space is very expensive and, when you combine this with the investment in infrastructure and high power costs associated with data centres, we could no longer justify operating an in-house data centre,” he said.

The challenge for Flight Centre Limited was to find an external provider to manage its data centre solution that would enable it to move its ageing data centre with minimal impact to the organisation and its customers.

After an exhaustive review of the market, Flight Centre selected Interactive’s fully managed data centre solution to support its business-critical applications in South-East Queensland and Sydney.

Interactive already had an excellent working relationship with Flight Centre, providing hardware maintenance for its Intel, IBM and Dell systems in ANZ since 2006.

“It was a huge task - we were shutting down some of our ageing hardware for the first time in some years. We didn’t know the kinds of problems we’d be facing, but had to be prepared for whatever came our way,” he said.

“Interactive worked well with our people to ensure the project was implemented without any problems and to extremely tight deadlines. They provided us with a comprehensive audit of all our equipment, its age and maintenance requirements. They thought of things we wouldn’t have and outlined every possible problem that could occur during the move.

“Their engineering team was faultless and, with them on hand, we were able to free up valuable resources and time for other jobs. Without Interactive, we would have needed to hire staff for the physical moving and facilities side of the project.”

The relationship between Interactive and Flight Centre Limited is strengthened by their mutual ‘green’ business values. Interactive was the first data centre provider to be internationally recognised for moving its operations to 100% renewable power in November 2008, with its entire business now operating as carbon neutral.