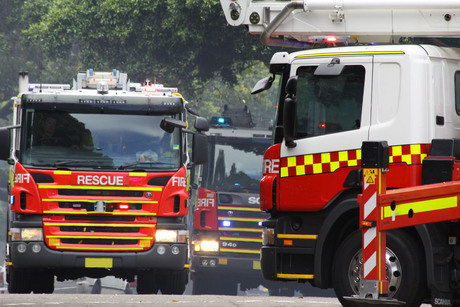 Fire & Rescue NSW, one of the world’s largest urban fire and rescue services, has deployed several storage arrays in a managed data centre. This has enabled the agency to double its storage efficiency and provide cloud services to other government agencies.

In mid-2007, Fire & Rescue NSW was experiencing capacity challenges. Steady growth in the number of servers required to test, develop and run the organisation’s applications was straining facilities such as power and cooling, and the data centre was running out of space.

“Our server numbers had climbed to about 70,” said Matthew Robey, Manager, IT Operations, Fire & Rescue NSW. “In addition, the IT team had to manage each server and its direct-attached storage individually, limiting our ability to pool storage resources and manage the infrastructure centrally.” 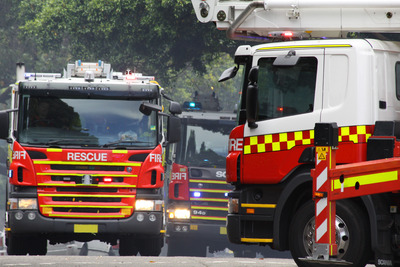 Fire & Rescue NSW elected to migrate its production environment to a managed data centre on the fringe of the Sydney CBD and implement a virtualised infrastructure using VMware products. The data centre at the organisation’s headquarters in the CBD now operates as a disaster recovery and test and development site.

Fire & Rescue NSW completed the move in early 2008 after installing a 2.5 GB dual-path fibre link between the managed data centre and the agency’s head office.

The organisation’s current infrastructure comprises VMware server virtualisation software running on two clusters: one for production and one for test, development and disaster recovery. The sites are linked by EMC MirrorView synchronous bidirectional replication through dual CLARiiON CX4-240 storage arrays, while VMware’s Site Recovery Manager is used to automate and accelerate the recovery process in the event of a problem.

Fire & Rescue NSW is running about 120 virtual machines in the test, development and disaster recovery data centre and 80 in the production centre.

Fire & Rescue NSW has been able to establish itself as a provider of IT services to other emergency services agencies and support increasing demand.

“We have doubled the efficiency of our storage processes and are achieving more than double the performance,” Robey said.

“This means we can meet our service level agreements covering data availability, replication and disaster recovery with the other agencies, with minimal administrative overhead.”

The IT function at Fire & Rescue NSW now operates as a cloud, delivering software as a service to other emergency services. The organisation now runs an SAP enterprise resource planning system, and an electronic document and records management system on behalf of the NSW Ministry of Police and Emergency Services. Users at other emergency service agencies and departments access the SAP system - which incorporates SAP Financials, SAP Business Intelligence and SAP Portal - and the document management system via the web from their personal computers.

Adopting the cloud has enabled emergency services agencies to reduce their capital expenditure and move to an operating expenditure model. Fire & Rescue NSW is charging other agencies for their use of its IT resources and is evaluating a move to a full chargeback system.

The organisation has also been able to support the additional demand that a virtualised infrastructure places on storage resources.

“With a physical server environment, we would run multiple applications on individual servers,” said Robey. “Now we have a virtual environment, everyone is running one application per virtual server. This means you need to create another operating system and data volume, consuming more storage resource. In addition, each application needs at least another virtual machine for test and development purposes.”