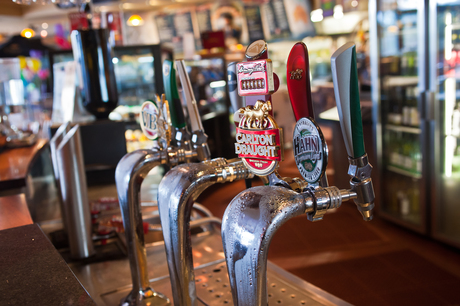 The ALH Group, which operates more than 320 licensed venues and over 460 retail liquor outlets across Australia, has implemented an uninterruptible power supply (UPS) at each of its pubs.

Two years ago, ALH embarked on an infrastructure overhaul to upgrade and improve communications capabilities. This involved replacing its existing network and appointing a new carriage provider. As part of the project, ALH needed to source and install racks to hold the new networking equipment. In addition, the company decided it was time to protect the network by equipping all pubs with UPS devices.

Richard Judd, technical team leader at ALH Group, said: “The back-of-house environments could best be described as unique, diverse and interesting. The network refresh was an opportunity to standardise the environment across the board, making it easier to maintain and manage. In the process, we were also creating a template for future rollouts and acquisitions.

“Racks were essential for this in order to house and consolidate all the core communications infrastructure on-site. In addition, we wanted a UPS at each pub to provide visibility into power issues. In the past, some of the Queensland properties had been equipped with UPSs, mainly because they had experienced frequent power supply issues. In the other states, we’d always had a view to do something to protect power but had never got around to it. The network refresh gave us that opportunity,” Judd said.

Judd carried out a review of potential appliances. “Reliability was essential for uptime of the network and for maintenance and warranty of network equipment. We use Cisco end-to-end communications products and it was key that we protect this environment from surges and other problems.”

Following the review, ALH selected Eaton and organised with the vendor to equip 280 pubs across the country with racks and UPS devices. The vendor’s partner, DESA, was tasked with project management, including logistics and installation. Work on the project started in January 2012 - but the plans were soon revised.

“As all the rollout was happening we acquired another 35 pubs. They had to be brought on board quickly, so we got Eaton to facilitate them also,” Judd noted.

In total, 326 pubs received the new racks and power protection infrastructure - including server racks, UPS, monitoring software, surge protection devices and other accessories - over a period of 14 months.

The UPS devices are now providing visibility into power across the network. Automatically generated reports provide Judd and his team with notifications of variations in power supply, such as spikes or loss of power. The devices are keeping the pubs connected and protecting the infrastructure whenever the power goes out.

“From the start, the network reporting has given us a lot more visibility into our communications. The products stand up well and never miss a beat. I’ve never had to deal with them; we’ve had no bugs or issues in any shape or form. The UPSs give resilience to all the network infrastructure that lies behind them. They deliver the service level agreements for the business,” Judd said.