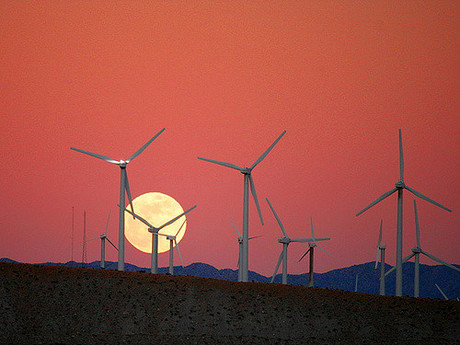 Google has revealed it is on track to run 100% of its global operations — including its data centres and offices — on renewable energy in 2017.

The company is already the world’s largest corporate buyer of renewable power, with commitment reaching 2.6 gigawatts of wind and solar energy.

In order to achieve its 100% goal, Google plans to focus on purchasing renewable energy in places where its data centres are located.

The company will also reduce its reliance on wind power, which currently accounts for the vast majority of Google’s renewable energy purchases, by diversifying to other energy sources.

Besides being more sustainable, the cost of wind and solar power has decreased over the past six years to the point that renewables are becoming the lowest cost option for Google’s vast network of data centres.

Announcing its ambitions, Google Senior Vice President for Technical Infrastructure Urs Hösel said the company’s ultimate goal is to “create a world where everyone — not just Google — has access to clean energy”.

He said tackling climate change is an urgent global priority, and private sector leaders like Google have a responsibility to take bold steps to address the issue.

In a blog post, Schneider Electric recently warned that the projected increase in data consumption for data centres would be enough that the facilities would consume all of the world’s projected available energy supplies.