HPE Cray EX to give Pawsey a 30x compute boost 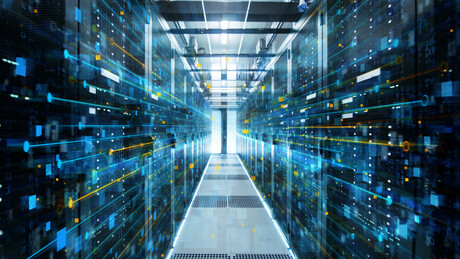 The Pawsey Supercomputing Centre has selected Hewlett Packard Enterprise (HPE) to deliver its new supercomputer, as part of the biggest upgrade to the Pawsey computing infrastructure since the centre opened in 2009.

The new supercomputer will be at least 10 times more power efficient than its predecessors, Magnus and Galaxy, while providing a 30-fold increase in raw computer power.

The new system will be delivered in two stages; phase one, available by Q3 2021, will provide a 45% increase in raw compute power in one-fifth of the size of the Magnus and Galaxy systems. Full commissioning of the system will occur by Q2 2022. The supercomputer will deliver up to 50 petaFLOPs, to help power the future high-impact Australian research projects.

HPE was selected as the vendor under a $48 million agreement following a tender process led by CSIRO, the centre agent for Pawsey, based on energy efficiency, cost, and HPE’s integrated hardware and software solution.

“We’re using Pawsey’s existing supercomputers to help scan more than 10 million stars and analyse hundreds of terabytes of data to search for molecules that provide potential evidence of extraterrestrial life. Doing this on my laptop would take 25 years, so having the power of the new supercomputer will help bring our research timelines from years down to days, giving us the power we need to analyse hundreds of thousands of images quickly,” said Dr Chenoa Tremblay, Postdoctoral Fellow in Dark Magnetism at CSIRO.

The HPE Cray EX supercomputer will help meet the increasing computing needs of Australian researchers in fields such as medicine, artificial intelligence, radio astronomy and more. The supercomputers are cooled by a groundwater cooling system specially developed by CSIRO for the supercomputing centre, which is offset by a 118 kW solar photovoltaic system.

“Scientific breakthroughs made by leading research centres, such as Pawsey Supercomputer Centre, inspire us to continue empowering the community with powerful supercomputing solutions that combat the broadest range of challenges. We look forward to collaborating with AMD to build Pawsey the most powerful system for their region and boost Australia’s research capabilities to advance missions from understanding human viruses to discovering new galaxies,” said Nick Gorga, General Manager, HPC and AI, APAC-India at HPE.

Pawsey has worked with the Australian research community to inform the upgrade process and is working to help the research community prepare for the new supercomputer’s capabilities and make the most of its increased performance.

The supercomputer is part of Pawsey’s Capital Refresh Program, delivered under a $70 million grant from the Australian Government in 2018, in addition to an $80 million grant in 2009 to establish the petascale supercomputing facility.

“The upgrades we’re announcing are a critical move in strengthening Australia’s position in the global research environment and playing a part in major global research projects, from helping in the fight against COVID-19 to working with the precursor telescopes to the Square Kilometre Array. The new supercomputer will not only deliver next-generation compute power to meet these growing requirements, it will enable entirely new research projects with global reach and impact,” said Mark Stickells, Executive Director at the Pawsey Supercomputing Centre.

Australian Data Centres has worked with Aegis9 to open a cutting-edge cybersecurity operation...