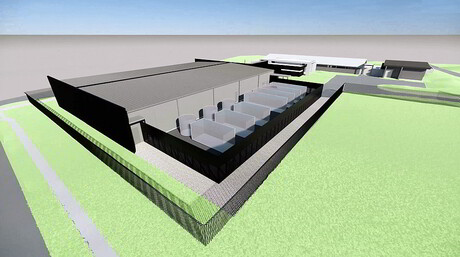 Macquarie Data Centres will invest an initial $17 million to build a new government data centre in Canberra by December 2020. The new Intellicentre 5 (IC5) facility will have a stage one capacity of 1.5 MW.

It will be designed to Tier IV data centre standards and will use the latest physical and virtual security and compliance credentials to manage government cloud workloads at the protected, secret and above levels.

Once built, Macquarie Data Centres' full Canberra campus — consisting of the IC4 and IC5 — will have a capacity of 4 MW, with the ability to expand further if required.

The company is making the investment to facilitate the significant expansion of its government business in recent months. The company said 52% of agencies and personnel are now using its cybersecurity, secure internet gateway (SIG) and cloud services.

Major recent contract wins include a $20 million managed security deal with the ATO.

Macquarie Government Managing Director Aidan Tudehope added that the company sees demand for its services growing further as a result of the disruption caused by the COVID-19 crisis.

"Risk to government of a cyber breach and the dependency on cloud services are at an all-time high — we're not just going to return to the ‘norm’ after this pandemic and facilities of this calibre are an essential requirement in Canberra," he said.

"The IC5 South Bunker at Macquarie Data Centres' Canberra Campus will also provide a safe haven for agencies that don't want all their eggs in one basket, whether that's splitting data between our facilities or other providers."

ANZ Banking Group has increased the company's syndicated banking facilities from $100 million to $140 million to fund the investment, as well as the ongoing build of the company's new $80 million IC3 East facility at the Macquarie Park Data Centre Campus in Northern Sydney.