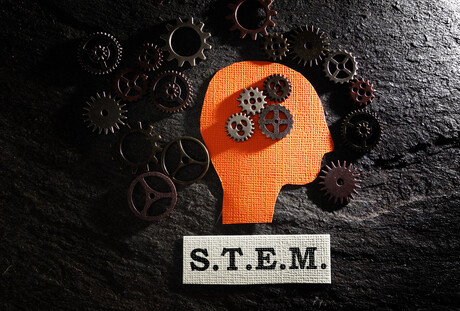 By 2030, the most sought-after jobs will be in technology, engineering and manufacturing — but Australia’s lack of investment in science and innovation has revealed a troubling trajectory for its future workforce.

The tech sector is already facing a severe skills shortage, with entry-level roles in cybersecurity on offer for salaries of $100,000 or more. By 2025, the Technology Council of Australia aims to employ a million tech workers but will need an additional 286,000 workers to reach its goal.

Science and innovation underpin Australia’s capacity to handle the challenges of a complex and ever-changing world. From climate change to the pandemic, national security to professional services, the viability of Australia’s economy depends on how tech-savvy and adaptable its workers are. Despite its importance, Australia’s investment in research and development as a percentage of GDP has steadily declined over the past decade.

As of 2021, the Australian Government’s investment was 0.56% of GDP, putting it well behind nations such as Germany, Japan, the United Kingdom, France and the United States. According to research, if Australia increased its investment in university research and development by just 1%, the economy would be $24 billion better off over the next 10 years.

The lack of funding, coupled with plummeting morale in Australia’s scientific community, is driving the mass exodus of its best and brightest to other countries — or leaving the profession entirely. In a widespread survey of scientists working in agricultural and food sciences, aquatic, biological, chemical, geographical, mathematical, medical, ecological and other sectors, two-thirds have reported cost-cutting measures in their workplace. Meanwhile, 42.4% said there was insufficient skills development and 29% said there was a lack of science-driven innovation at work.

The situation in primary and secondary education institutions is not much better, especially for female students. A national study showed that there is a substantial gap in girls continuing to pursue STEM-related study beyond high school: 36% of girls study STEM subjects in year 11 and 12, but only half will go on to study STEM at a tertiary level. After undergraduate study fewer than 4% will undertake postgrad studies, and at the Masters/PHD level, women’s representation drops to as low as 2.5%. As part of the science and tech industry, women are again woefully underrepresented, making up just 13% of its total workforce.

As nations around the world race to foster future-oriented sectors in the global information economy, Australia must consider the next stages of its economic growth beyond commodity exports of iron ore, grain and wool. Australia’s current global ranking of economic complexity, which is often tied to future economic growth, is 87th, behind countries like Uzbekistan and Botswana. Its innovation ranking is also slipping out of the top 20 in the world, hardly surprising given the current situation.

How to futureproof future careers

To build a strong culture of science and innovation, it is essential to put STEM front and centre with students. Thanks to grassroots programs like The Future is Bright in STEM, students have more opportunities to cultivate their passion and curiosity for STEM.

On one experience day, local high school girls from Western Sydney enjoyed a full program of STEM immersion at the Powerhouse Museum, which included access to successful female role models working in STEM to provide guidance on career and education pathways. The students were also given the chance to explore the museum’s The Invisible Revealed exhibition, which showcases state-of-the-art neutron beam and synchrotron X-ray facilities combined with digital visualisation techniques to reveal the secrets hidden in various artefacts.

It is through experiences like these that students can fully explore the potential of STEM and feel empowered to engage in STEM careers. By funding these programs and increasing its investment in science and technology, the government can restore morale in its science and tech populations and give us confidence in its ability to navigate the future.

The Solar for Schools program is funding the installation of solar panels in schools to make...