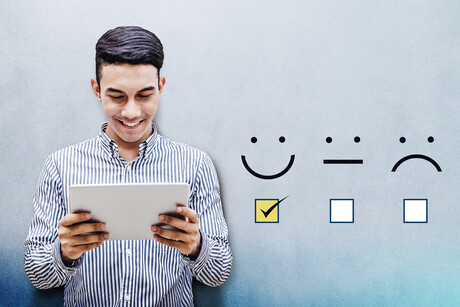 A national survey of more than 450 school principals has highlighted the extreme challenges faced by Australian schools and students during the continuing COVID-19 pandemic. It has also revealed unexpected benefits that could lead to permanent changes in the way schools and education are viewed and operated.

Principals from all school sectors — government, Catholic and independent, primary and secondary — have provided extensive accounts of how staff and students, particularly those in socially and economically disadvantaged schools, are being harshly impacted by shutdowns due to COVID outbreaks.

The survey was conducted in late 2020 by Australian education company Pivot Professional Learning in partnership with the Coalition of Australian Principals. Leaders of primary and secondary schools across the nation were invited to participate in an online survey about their experiences during the COVID-19 pandemic.

Pivot Professional Learning CEO Amanda Bickerstaff said the information gleaned should be used to help shape the future of education in Australia.

“This is a landmark study that brings together the experiences and priorities for principals from every sector and context in Australia. Now more than ever we must prioritise listening to our school leaders. We need to ensure our schools are futureproofed and able to support an equitable education for all students,” she said.

Respondents say the pandemic has exposed and compounded existing inequalities in the system, with students from disadvantaged schools lacking access to basic technology for remote learning and suffering disproportionate impacts on their learning, mental health and general wellbeing.

However, many who took part in the survey also reported surprisingly positive lessons and impacts from the crisis, some of which could lead to major changes in schooling after the pandemic is over.

Principals from all sectors reported closer bonding between schools and their communities. The head of one Catholic school observed: “The community really values their constant interaction with the school. The increased closeness among school leaders and family members emerged in part because remote learning increased the visibility of teachers’ pedagogical practice for families.”

Others found that the need for remote learning gave parents greater appreciation for how their children learn and the capabilities they have gained through education. The strength of school community shone through for many respondents, with care, compassion and generosity of spirit apparent throughout the pandemic according to one principal.

Principals also enthused about how moving some school meetings and events to video had enabled greater parent participation in their children’s education. Some schools had decided to continue using the technology after the pandemic to keep the family involvement going. Others described plans to continue offering virtual parent workshops and family–teacher interviews.

In other responses, around two-thirds of principals thought the pandemic had positive impacts on the quality of teaching, and on teachers’ relationships with students and school leaders. These positive perceptions emerged from all school sectors — and advantaged and disadvantaged schools alike.

The researchers noted that such positive developments could lead to many practices that emerged during the crisis being carried on into the future.

But a large majority of principals also reported negative impacts on their teachers’ mental health and social-emotional health, and many expressed concern about how to address the problem. A deputy principal from one Queensland school wrote: “Often the problem with staff wellbeing is that we can see that they are struggling mentally but they cannot.”

Andrew Pierpoint, President of the Australian Secondary Principals’ Association, said, “This study is very significant as it pulls together concepts that principals and teachers address each and every day.” He went on to say that “it is very important to hear directly from principals — it provides a unique and important window into Australian schools, raising issues that go beyond COVID-19”.

In all, 456 principals and other leaders across the government, Catholic and independent sectors — representing all parts of the Index of Community Socio-Educational Advantage (ICSEA) spectrum — responded to the survey.

In other major findings, it was revealed:

A full version of the survey report and analysis is available for download here.