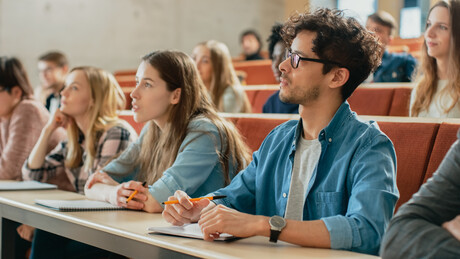 Digital technology is a constant presence in education, with many obvious advantages — especially during these times, when online learning has become the norm. But digital technology in the classroom is not without its drawbacks, creating a lack of concentration and competing with the attention of students.

This became too much for one Danish lecturer to bear, leading to a ban on screen use during lecture times. A University of Copenhagen (UCPH) researcher and colleagues from Aarhus University then analysed the results to produce the study titled ‘Curating the use of digital media in higher education: a case study’, which was published in the Journal of Further and Higher Education.

“The lecturer felt as if their students’ use of social media on their laptops and smartphones distracted and prevented them from achieving deeper learning. Eventually, the frustration became so great that he decided to ban all screens in discussion lessons,” said Katrine Lindvig, a postdoc at the UCPH’s Department of Science Education.

Together with researchers Kim Jesper Herrmann and Jesper Aagaard of Aarhus University, she analysed 100 university student evaluations of the lecturer’s screen-free lessons. Their findings resulted in a new study that assessed the benefits of analog instruction.

“Students felt compelled to be present — and liked it. When it suddenly became impossible to Google their way to an answer or more knowledge about a particular theorist, they needed to interact and, through shared reflection, develop as a group. It heightened their engagement and presence,” Lindvig said.

Without distraction, we engage in deeper learning

What explains this deeper engagement and presence when our phones and computers are stashed away? Lindvig said the answer rests in the structure of our brains.

“A great deal of research suggests that humans can’t really multitask. While we are capable of hopping from task to task, doing so usually results in accomplishing tasks more slowly. However, if we create a space where there’s only one thing — in this case, discussing cases and theories with fellow students — then we do what the brain is best at, and are rewarded by our brains for doing so,” she said.

Furthermore, a more analog approach can lead to deeper learning, where one doesn’t just memorise things only to see them vanish immediately after an exam.

“Learning, and especially deep learning, is about reflecting on what one has read and then comparing it to previously acquired knowledge. In this way, one can develop and think differently, as opposed to simply learning for the sake of passing an exam. When discussing texts with fellow students, one is exposed to a variety of perspectives that contribute to the achievement of deep learning.”

We’re not going back to the Stone Age

While there are numerous advantages to engaging in lessons where Facebook, Instagram and text messages don’t diminish concentration, there are also drawbacks.

“They got tired of not being able to search through their notes afterwards and readily share notes with students who weren’t in attendance,” Lindvig said.

Therefore, it is not a question of ‘to screen or not to screen’, it’s about how to integrate screens with instruction in a useful way.

“It’s about identifying what form best supports the content and type of instruction. In our case, screens were restricted during lessons where discussion was the goal. This makes sense, because there is no denying that conversation improves when people look into each other’s eyes rather than down at a screen.

“When it comes to lectures which are primarily one-way in nature, it can be perfectly fine for students to take notes on laptops, to help them feel better prepared for exams. We can also take advantage of students’ screens to increase interaction during larger lectures. It’s about matching tools with tasks. Just as a hammer works better than a hacksaw to pound in nails,” she said.

The concept of the connected (smart) campus has grown tremendously over the past several years.