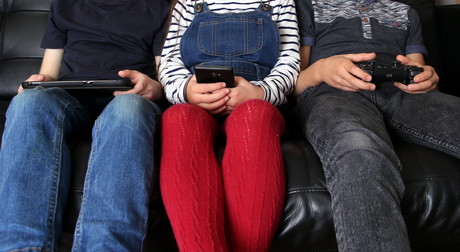 A new US-based study has found that the latest generation rates on par with kids of the 1990s when it comes to interpersonal skills, despite being raised on smartphones, screens and social media — a diet that older generations (at least anecdotally) were convinced had fostered inadequate social capability.

Published in the American Journal of Sociology, the study was conducted by Douglas Downey, a sociology professor at Ohio State University, and Benjamin Gibbs, from Brigham Young University. Spurred in part by the prevalent ‘kids these days’ attitudes in older people (himself included), Downey found a lack of solid evidence to support the belief that increased screen time was rendering younger generations below par in social skills development.

Research examined data from The Early Childhood Longitudinal Study (ECLS) project, in which the US Department of Education charts the progress of children from kindergarten to fifth grade.

Downey and Gibbs compared 1998 kindergarten data with that of a cohort starting kinder in 2010. The technological landscape had notably advanced during that 12-year time period, so the researchers expected to find similarly observable changes in the social behaviours of each group. They discovered the opposite, finding that the only substantial difference was a slight decrease in the social skills of kids with very frequent online gaming and social media use — and even that was of insufficient scale to warrant concern.

The study defined social skills as “the ability to successfully negotiate the expectations of others in social interactions” and used the teacher ratings of children’s interactions with peers from the ECLS project as the primary measure.

Identified study limitations notwithstanding, what the research actually served to do was highlight a fascinating phenomenon: that parents and other adults of the current era are hardwired to perceive a decline in generations that follow them. Evidence suggests that individual personal traits will determine the specific target. For example, adults that highly value loyalty will see the next generational as lacking in loyalty, those that see themselves as hard workers will value hard work etc. So in this sense, smartphones and tablets are just this generation’s telephone, car or rock music — life-changing technologies that will kill off life as we know it.

On one hand, the study results don’t really offer anything other than a limited understanding of the effect screen time has on social skill development but the data and analysis around the kids these days effect are pretty interesting. You can read more about in an article on the New Atlas website here.