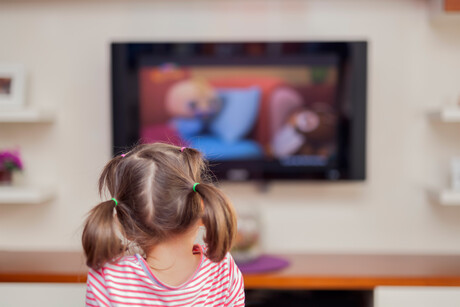 A new study has found that STEM television programming aimed at three- to six-year-olds in the US shows race and gender bias.

Conducted by Michigan State University and published in Journal of Children and Media, the study has found that children's television programing not only shapes opinions and preferences, with researchers saying that characters can have a positive or negative impact on childhood aspiration.

The first large-scale analysis of characters featured in science, technology, engineering and math-related educational programming (in the United States) revealed that of the characters appearing in STEM television programming for kids ages 3 to 6, Latinx and females are underrepresented.

"Children soak up subtleties and are learning and taking cues from everything; by age 5, you can see that they understand implicit biases," said Fashina Aladé, lead author of the study and assistant professor in the College of Communication Arts and Sciences.

"With the recent proliferation of STEM television over the past five years or so, I wanted to see who was showing kids how to solve problems, who is teaching STEM foundations and who is modelling what it looks like to engage in STEM."

To get a picture of the entire landscape of STEM programming available to children, Aladé and colleagues — Alexis Lauricella of Erikson Institute, Yannik Kumar from University of Chicago and Ellen Wartella of Northwestern University — looked to Nielsen, Netflix, Amazon and Hulu for a list of children's shows that mentioned keywords like science, math, technology or problem-solving in their descriptions.

The researchers looked at 30 shows with target audiences between 3- and 6-year-olds, all claiming to teach some aspect of STEM. Coders watched 90 episodes total — three episodes from each show's most recent season — and coded over 1000 characters who appeared on the shows for physical attributes, gender, race and ethnicity.

"Surprisingly, when it came to the centrality of their role and on-screen STEM engagement, characters were portrayed relatively equally regardless of their race or gender," Aladé said.

"But, female and minority characters were underrepresented in these programs compared to population statistics."

An interesting finding, Aladé said, was that racially ambiguous characters — including non-human skin tones, like pink or purple — comprised 13% of the characters, which she suggests illustrates producers' attempts to show racial diversity.

"The jury's still out on whether those subtle cues are effective," Aladé said. Additionally, the study also found that only 14% of the shows showed occupations related to STEM.

"Animation presents such an opportunity for representation. Ideally, we'd see authentic representation — not representative stereotypes," Aladé said. "I hope we move in a direction where kids see what scientists really look like in today's world, where doctors, engineers and computer scientists come from all ethnicities and genders," she said.

More info on the study is available here.