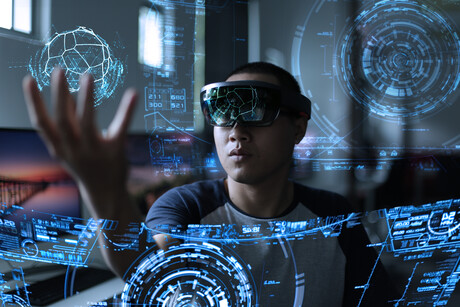 The benefits of virtual reality (VR) as an educational tool have been highlighted by researchers from New York University and University Wisconsin-Madison.

The researchers have developed the UW Virtual Brain Project — interactive 3D narrated diagrams to help students learn about the structure and function of perceptual systems in the human brain. A study exploring how students responded to these lessons on desktop PCs and in VR offers new insights into how VR can be effectively used as a learning tool.

Led by Associate Professor and Director of the New York University Abu Dhabi (NYUAD) Neuroimaging Center Bas Rokers, and Assistant Professor of Psychology and a Principal Investigator in the Virtual Environments Group at the Wisconsin Institute for Discovery at University of Wisconsin-Madison Karen Schloss, the researchers have published the findings of their work in a new paper, 'The UW Virtual Brain Project: An immersive approach to teaching functional neuroanatomy' in the journal Translational Issues in Psychological Science from the American Psychological Association (APA).

"Students are enthusiastic about learning in VR," Rokers said.

"However, our findings indicate that learners can have similar access to learning about functional neuroanatomy through multiple platforms, which means that those who don't have access to VR technology are not at an inherent disadvantage. The power of VR is its ability to transport learners to new environments they might not otherwise be able to explore. But, importantly, VR is not a substitute for real-world interactions with peers and instructors."

The 3D narrated videos are already in active use at classes that include neuro-anatomy instruction both at the University of Wisconsin-Madison and at NYUAD.