Why does the human brain learn faster than AI? 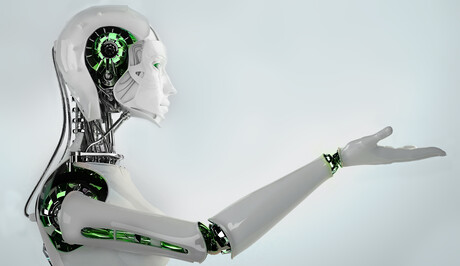 The new study found that by tweaking the electrical properties of individual cells in simulations of brain networks, the networks learned faster than simulations with identical cells.

They also found that the networks needed fewer of the tweaked cells to get the same results, and that the method is less energy-intensive than models with identical cells.

The authors say that their findings could help to explain why the brain is so good at learning, and might also help to build better artificially intelligent systems, such as digital assistants that can recognise voices and faces, or self-driving car technology.

“The brain needs to be energy efficient while still being able to excel at solving complex tasks. Our work suggests that having a diversity of neurons in both brains and AI systems fulfils both these requirements and could boost learning,” said first author Nicolas Perez, a PhD student at Imperial College London’s Department of Electrical and Electronic Engineering.

The research is published in Nature Communications.

The brain is made up of billions of cells called neurons, which are connected by vast “neural networks” that allow us to learn about the world. Neurons are like snowflakes: they look the same from a distance but on further inspection it’s clear that no two are exactly alike.

By contrast, each cell in an artificial neural network — the technology on which AI is based — is identical, with only their connectivity varying. Despite the speed at which AI technology is advancing, its neural networks do not learn as accurately or quickly as the human brain — and the researchers wondered if the lack of cell variability might be a culprit.

They set out to study whether emulating the brain by varying neural network cell properties could boost learning in AI. They found that the variability in the cells improved learning and reduced energy consumption.

“Evolution has given us incredible brain functions — most of which we are only just beginning to understand. Our research suggests that we can learn vital lessons from our own biology to make AI work better for us,” said lead author Dr Dan Goodman, of Imperial’s Department of Electrical and Electronic Engineering.

To carry out the study, the researchers focused on tweaking the “time constant” — that is, how quickly each cell decides what it wants to do based on what the cells connected to it are doing. Some cells will decide very quickly, looking only at what the connected cells have just done. Other cells will be slower to react, basing their decision on what other cells have been doing for a while.

After varying the cells’ time constants, they tasked the network with performing some benchmark machine learning tasks: to classify images of clothing and handwritten digits; to recognise human gestures; and to identify spoken digits and commands.

The results show that by allowing the network to combine slow and fast information, it was better able to solve tasks in more complicated, real-world settings.

“We demonstrated that AI can be brought closer to how our brains work by emulating certain brain properties. However, current AI systems are far from achieving the level of energy efficiency that we find in biological systems,” Perez said.

“Next, we will look at how to reduce the energy consumption of these networks to get AI networks closer to performing as efficiently as the brain.”

Students are now able to use the "Meet" function on Google Classroom, which was...

How AI-driven networks are shaping the education sector

The education sector has seen drastic changes over the last few years, with a greater focus on...

Interactive activities, discussions and AI technologies are more effective for learning than...