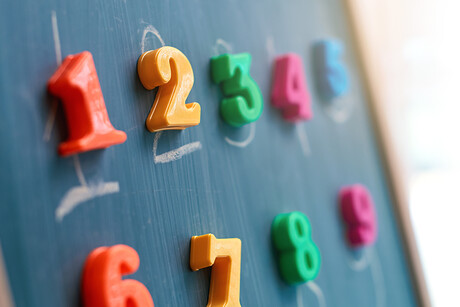 Supported by the Australian Maths Trust (AMT), the Australian team have won two golds, two silvers, one bronze and an honourable mention in a competition that attracted more than 107 countries and 619 students worldwide.

The team placed 18th in the competition, and gold medallist Hadyn Tang was Australia’s highest ranked IMO competitor, coming in at 24th out of 619 competitors.

The prestigious event has been running for more than 60 years and is normally held face to face in a host country, but this is the second year that competitors have trained and competed virtually due to COVID.

The Australian Maths Trust (AMT) CEO, Nathan Ford, congratulated the students on their results and applauded their ability to adapt and succeed in the highly competitive, international event.

“To see our students reach such great heights on the top international stage is remarkable, especially during COVID,” he said.

“Congratulations to our 2021 IMO team — they have all demonstrated great ability and creativity under challenging circumstances. They have once again proven that Australian mathematical problem-solving has never been healthier. Well done especially to Hadyn Tang, who is Australia’s second most successful IMO contestant with two golds and two silvers in five years of competing, and Ruiying Wu, the first Australian recipient of the prestigious Mirzakhani Award.”

Ford also acknowledged AMT’s Director of Training for IMO, Angelo Di Pasquale, who mentored, trained and prepared the team for this year’s competition.

“Thanks must go to Angelo and his team for preparing the team so well and keeping them engaged despite the changed circumstances forced on us by COVID. Not only has he done a great job preparing the team, but one of his problems was included on the first day of competition — a great honour and testament to Australia’s reputation for problem-solving at this level.”

More clarity is needed from the NSW Government around returning to school with such high COVID...